The Above180.com Classic is being held this year at the Grand Sierra Resort and Casino from February 28 until July 12. Bowlers will recognize that the Above180.com Classic has a familiar feel, as it has singles, doubles, and trios competition just like the 1-2-3 Tournament which was held in prior years. Get ready for your competition at the National Bowling Stadium by bowling on the USBC Open Championship’s Team event oil pattern!

The Above180.com Classic runs daily from February 28 through July 12. Squads start at 9:15 AM and the final squad of each day starts at 4:00 PM, based on lane availability. Advanced registration is not required…just walk in and bowl!

Special Thanks to the Above180.com Classic’s 2014 Sponsors

The Above180.com Classic is made possible through the support of the following sponsors and partners: 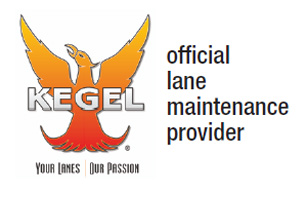 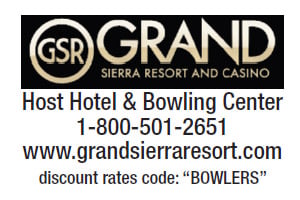 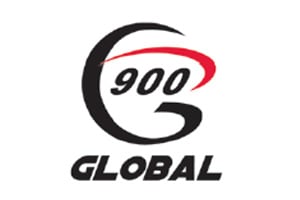 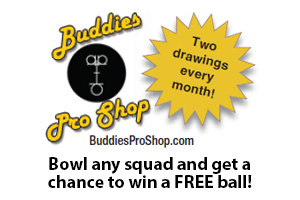 1. ELIGIBILITY: Open to all member of the USBC with the following exceptions: Bowlers who finished in the PBA top 25 earning list for either 2011-2012 , 2012-2013 or currently in the top 25 for the 2013-2014 season. Any bowler who has won a PBA National Tour event since January 1, 2011. Any employee of Grand Sierra Bowling Center. Tournament director reserves the right to refuse any entry.
2. OILING PATTERN—The pattern used will be as close as possible to the pattern used at the USBC Nationals “Team Event”. Kegel is our official lane maintanience partner and will provide the machine and oiling product along with monitoring the application to make sure we dress the lanes the same each day for the entire tournament.
3. FORMATS—Trios (3 bowlers) – Three games. Unlimited entries, but same three bowlers may cash only once. Doubles (2-bowlers) – 3 games. You may doubles with either or both bowlers on your trio team and/or crossover with up to 6 bowlers at one time. You may cash as many times as possible in doubles, but only once with the same partner. Singles—3 games. You may enter singles a maximum of 5 times but cash only once in the main prize list. All divisions will be handicap 80% or 210.
4. TOURNAMENT DATES: February 28, 2014 through July 12, 2014. Squads start daily at 9:15 am with continuous squads until the final squad of the day, which will start at 4 pm, based on lane availability. Call Rick Ramsey at 817-975-1836 or 775-789-2247 for additional information.
5. ENTRY FEE: The initial entry fee for all divisions will be $50 ($30 prize fund and $20 lineage and expenses) per bowler. If bowler enters more than one event at the same time, entry will be $35 ($25 prize fund and $10 expenses) for each crossover event. Reentries will be $40 per event with $25 to prize list and $15 for lineage and expenses.
6. SCRATCH SIDE POT: There will be a $10 scratch side pot in singles with a $10 entry fee. The payout ratio will be 1 for 6 and a bowler may only cash once.
7. BOOK AVERAGE: Highest average (21 or more games, non-sport average) from 2012-2013 season will be used unless their average of February 1, 2014 (21 or more games) is 10 pins or more higher. If bowler only has a Sport Bowling average, they must declare so prior to entry for re-rating. The penalty for failure to do so is disqualification. All others bowl scratch.
8. HANDICAP: 80% OF 210 will be the handicapping percentage used. There will be a maximum of 56 pins handicap per game. All bowlers above 210 average will bowl scratch. Tournament director has the right to rerate any bowler prior to start of play for any squad.
9. VERIFICATION: It is the bowlers responsibility to verify the accuracy of their average. Failure to use the correct average may disqualify the score if submitted average is lower than the correct average. Prize winnings will be based if the submitted average is higher than the correct average (rule 319A, item 3).
10. REPORTING OF PREVIOUS TOURNAMENT WINNINGS will apply. USBC rules 319D and 319 E are waived, except those reporting an average of less than 210. Rule 319A is in effect. Bowlers reporting less than a 210 average must submit scores bowled and amounts won in excess of $600 in any one event during the past 24 months.
11. PENALTY FOR WRONG AVERAGE: If a bowler turns in a wrong average the bowler may be rerated or disqualified.
12. PRIZE DISTRIBUTION: In the singles event, a bowler may not cash more than once in the prize list. In doubles, multiple cashes are allowed as long as one of the bowlers on the team is different. In trios, multiple cashes are allowed as long as one member of the team is different. Prize money will be distributed at a ratio of at least one in six (1:6) paid entries in all divisions. All prize fees collected will be paid 100% in that division.
13. PLAYING RULES: This tournament is USBC certified. For rules not covered here, USBC rules will be used and the tournament directors decision is final, unless an appeal is made in accordance with rule 329.
14. OFFICIAL SCORE: Automatic scoring equipment will be the official scorer (transferred to recaps) Bowlers will verify the correctness of their score at the completion of each game. This will be the only opportunity to question the accuracy of the score. Obvious adjustments or errors will be corrected when the score sheet is audited by tournament staff. Each bowler must sign their recap at the end of a squad to verify correctness and for the score to be elibible.
15. PAYMENT: CASH ONLY—NO CREDIT CARDS OR CHECKS WILL BE ACCEPTED IN 2014. An ATM machine is located in Grand Sierra Bowling Center
16. LANE ASSIGNMENTS AND PRACTICE: No practice other than the 7 minute practice session will be allowed on tournament lanes during tournament hours.
17.WALK IN ENTRIES ARE WELCOME. ENTRIES CLOSE EACH DAY 14 MINUTES BEFORE THE LAST SCHEDULED SQUAD.
18. HOST BOWLING CENTER; Grand Sierra Bowling Center, 2500 E 2nd St, Reno, NV 775-789-2247
19. HAVE FUN!