Competitive Bowling and The Art of War 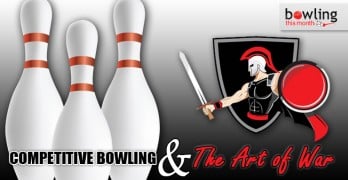 One of the oldest and most celebrated books on military strategy in the world, The Art of War was written in China in the late sixth century BC by Sun Tzu, a high-ranking general and strategist. I got the idea...

Line-of-sight construction skill and the methods of its training 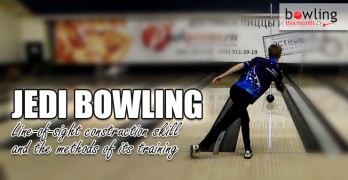 “Skill” is the ability to carry out an action automatically without active conscious control. An indicator of skill competence is performance of an action without the need to consciously think about how the action will be performed. When a person...

Working the Inside of the Ball

Is it necessary? How is it accomplished?

One of the most bandied about terms in modern bowling is “working the inside of the ball.” Rarely does a PBA telecast go by where Randy Pedersen is not extolling its virtues. Internet bowling forum participants and serious league bowlers...

The Columbia 300 Swerve offers bowlers brand new technology inside and out. Starting inside, the new Swerve core has a very low RG of 2.47 combined with a fairly high...

The Ebonite Adrenaline Shot is the first release in Ebonite’s Upper Mid Performance line since the Salute. This new orb shares the Adrenaline core design that was in the Salute,...

The second release in Hammer's Viral line is the blue and green-colored Viral Solid. This ball uses the Violent Flip Reactive Solid coverstock that comes out of the box at...

The release of the Revolt Havoc marks the third introduction in Motiv's Revolt line. This ball shares the same Vanquish weight block design that was featured in both the Covert...

Roto Grip's HP1 line has been revamped for this season with the addition of the two new Locos, the Loco Pearl and the Loco Solid. They replace the Scream and...

The Loco Solid joins the Loco Pearl in the HP1 line for Roto Grip. Like the Pearl, the Solid comes out of the box with a 1500 grit polished finish....