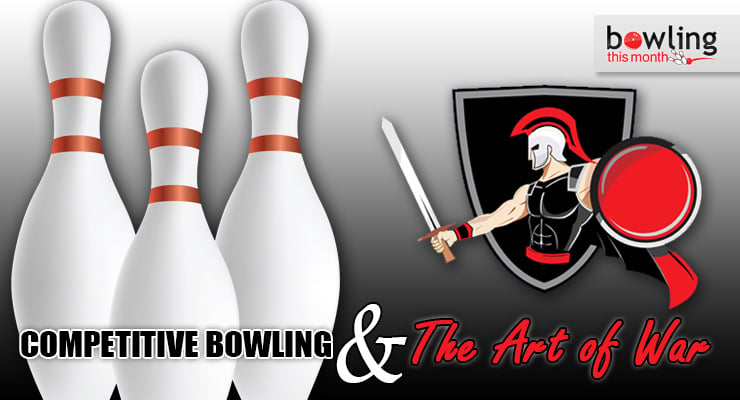 One of the oldest and most celebrated books on military strategy in the world, The Art of War was written in China in the late sixth century BC by Sun Tzu, a high-ranking general and strategist. I got the idea to explore the wisdom of this book from Norm Duke when he mentioned in the PBA’s 2008 Cheetah Championship that any time he bowled against Walter Ray, “it was going to be a war.”

The following strategies from The Art of War have been chosen for their relevance to preparation, the mental game, and competing to win. Each individual strategy has its merits, and the intention is that you will find something useful to help you be more successful as a competitive bowler, no matter what your level of competition.

More so today than in any other time, bowlers have a variety of resources at their disposal. With online forums, videos, and eBooks at our fingertips, it is possible to gather information from many sources and learn about all aspects of bowling. Bowlers can also feel overwhelmed by the amount of information that is out there, where it can be difficult to know what is classed as genuine and current as opposed to outdated or misleading.

The suggestion here is that the bowler who seeks the advice of an expert will be successful. The expert could be a qualified coach, an experienced ball driller, someone with a proficient knowledge of bowling balls and layouts, and perhaps most importantly, someone with local knowledge about the bowling center where the tournament is being held. Many bowlers try to go it alone and want to succeed without any help, but I don’t know of many sports where the players and participants have been victorious without having had the benefit of experienced and knowledgeable coaches and trainers mentoring them along the way.

If your opponent is of choleric temper, seek to irritate him. Pretend to be weak, that he may grow arrogant.

If a bowler is known to have a temper or become easily upset, then that is a weakness of theirs that can be exploited, and by keeping your own emotions in check you won’t give them any sense that they can attack you mentally. Call it gamesmanship, but bowlers are always looking for ways to gain a mental edge over their opponent. ...

Image credit: Warrior illustration (©iStock.com/stendy) is licensed for use by BTM and is the copyrighted property of its original creator.