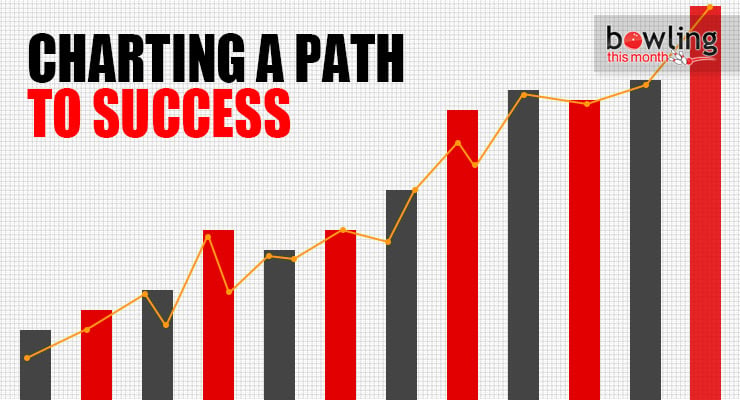 Golf has methods to evaluate performance other than score. Greens in Regulation (GIR), Putts per GIR, and Fairways Hit are three of them. Broadcasters and commentators often look to these stats as something to talk about as well as a way to explain the dominance of a player. In Jordan Spieth’s recent victory at the Masters, only two players performed as well as he did in Greens in Regulation and no one did better in Putting.

Football players have stats for every position, while draft picks are rated by even more stats related to fitness. For team sports, people look at these stats as a way to analyze a player’s value for their fantasy team. It’s implicit that their performance can be better understood and predicted using statistics.

Thanks to the proliferation of apps to track stats, bowlers can now track their statistics beyond a simple scoring average. Apps can track pocket percentage, carry percentage, single pin, multi-pin and split conversion percentages, as well as many other stats. The question is what value do these statistics possess? Are they the only Performance Factors? Which are most important to develop?

There are many factors you can associate with performance that go beyond the physical elements of the game. Some are harder to measure than others. Below is a table with just a few of them.

The value of Performance Factors to goal setting

Goal setting is one of the most common mental strategies bowlers learn. The first thing anyone should learn is the difference between an outcome goal and a performance goal. An outcome goal is winning a tournament or achieving a high average. A performance goal could be to become a better spare shooter or make better adjustments. More often than not, bowlers pick specific outcome goals (like averaging 220) but more vague performance goals (improve my 10 pin conversion percentage).

The problem is that beyond the obvious “If I close more frames, my scores will ...