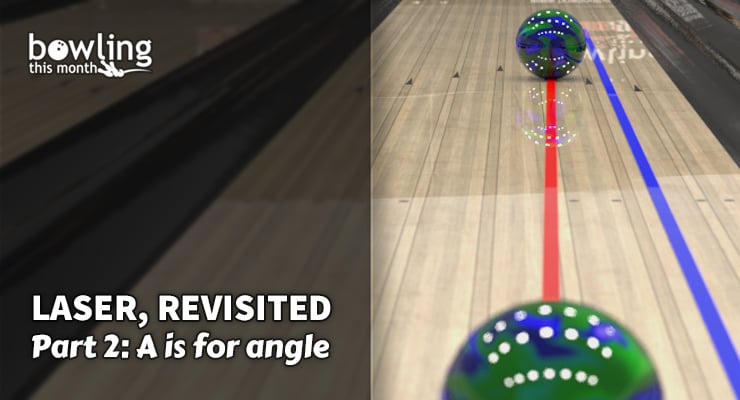 Spring is here, and winter leagues are winding down. For the many competitors who plan to work on their game during the break, I offer this, the second of five articles that discuss a little tool called LASER.

LASER isn’t a tool you can actually touch, but it’s a tool nonetheless—something you can use. It is an acronym for the five components of bowling that can be adjusted:

LASER is certainly not a cure-all, but it is a handy way to attack problems by compartmentalizing the possible solutions.

These articles treat each component as stand-alone adjustments, but they can be mixed and matched at the bowler’s discretion. For example, a bowler plagued with “flat 10s” may choose to tweak his entry angle (A), modify his release (R), and change balls (E)—all at the same time. Another bowler with the same problem could very well choose to increase or decrease her ball speed (S), as well as loft (L) the ball more or less.

My first article looked at loft, the part of LASER that bowlers can use to determine when and if they should increase or decrease the distance they loft the ball past the foul line, and what will happen if they do. In that article, we met Barbara. Barbara was dealing with lanes that were starting to break down as she began the second game of an eight-game tournament.

She decided to add two feet of loft to her release. This effectively shortened the lane, giving her ball a chance to hit the pocket rather than jumping through the nose. Let’s follow her progress…

Adding loft was a good idea. It helped Barbara stay with her original target, between the first and second arrows. She finished her first game with a good score and started her second game with ...