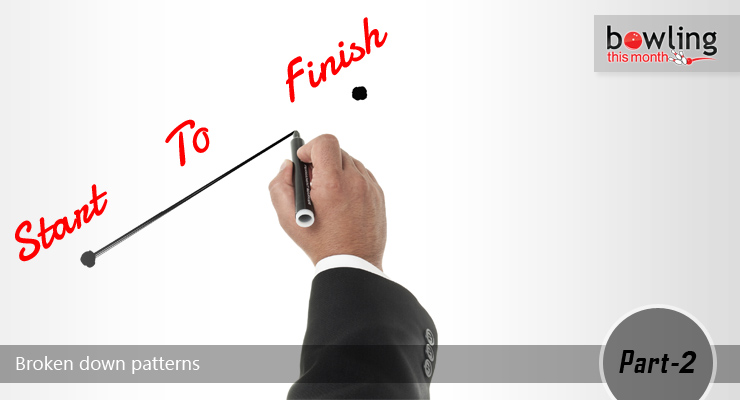 Before discussing what happens to an oil pattern, there are a few things that you may want to know. First of all, the oil pattern example that is used here was applied exactly the same in each of three bowling centers:  one on the East Coast, one in the Midwest, and one on the West Coast. The next thing that you need to be aware of is that, even though the oil pattern was laid down in three different bowling centers, the oil pattern, after being bowled on, broke down within one unit of oil of one other. We are showing you one set of graphs for simplicity’s sake. Additionally, all of the changes that occurred on the oil pattern happened in leagues that were comprised of four bowlers per team, bowling a three-game set, with mostly elite, high-revving players.

To have a clear understanding, you might want to refer to last month’s article.

Let’s go over the broken down oil pattern and see what happened. When you look at Graph A after, you will notice a glaring difference between it and Graph A before. Look at the C20 in the middle of the lane and draw your eyes from the bottom of the oil graph to the foul line. You should notice that it looks like there was a huge “V” cut out of the center of the lane. Also note that when the oil pattern was ...

Image credit: Hand / drawing a line graphic (©iStock.com/Catalin205) is licensed for use by BTM and is the copyrighted property of its original creator.