More research on pre-shot routines: under the gun 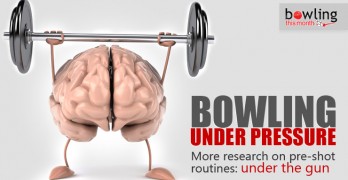 In the April issue of BTM, Joe Slowinski explained a study he conducted at the Kegel Training Centre that included a breathing technique and proven targeting process as a pre-shot routine. Briefly, Joe designed the pre-shot routine (hereafter called PSR)...

Balance is one of the most essential aspects of sport. It is the prime ingredient for athletic excellence in practically all sports. It is absolute necessary in bowling; that is, if an individual seeks to attain real success. Balance, according... 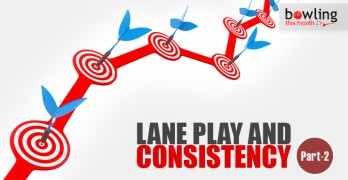 When we left Joe Bowler (in the March issue), he was being consistently inconsistent. In an attempt to improve his performance in the “transition” (second) game on those drier lanes, he changed to a ball which would go down the...

What it is and how it affects ball speed and direction 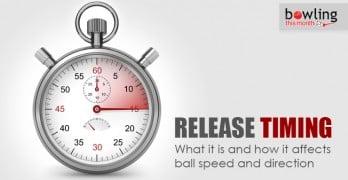 By far the most response I have ever gotten to anything I’ve written has been in reference to the article that Mark Hammel and I wrote last December on becoming a Transitional bowler. Most of the questions I get involve... 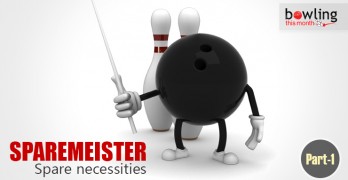 There are times when striking is very difficult and as Marion Ladewig said, “sparin’ ‘em to death” is the only way to win. There are 1023 possible spares, 249 of which are probable. We’ve all heard that to make a...

It is tournament season once again in America. The USBC Championships are running squad after squad non-stop. Seeing players come down the runway, watching as the national anthem is played, sprinting through the brief warm ups….you don’t have to be...

In today's game, it's shape that matters most

Your knowledge, bowling equipment, and physical game are some of the greatest tools you can use to achieve the highest level possible in bowling. However, there is one thing many bowlers leave out. Imagination! By the end of this article,...

Words Can Be Dangerous

Lessons from the youth coaching world 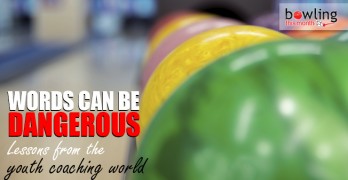 My philosophy about coaching youth (in bowling or any other sport), as I have written previously, focuses on a two-fold agenda: Using the sport to teach lessons about life. Giving the youth bowler the tools to become the best bowler...

The Hook! is the new introductory price point ball for 900 Global. This new Hook! line of bowling balls will replace the Missing Links this summer. There will be three...

While this ball doesn’t come with a “caution” like the Mega Friction, AMF does state that the OMG! will “flat out hook.” This ball features the strongest cover AMF has...

The Brunswick Karma Pearl uses the same core design as the Karma Solid, a modified version of the original Danger Zone core. The removal of the nugget in the center...

Say goodbye to the Avalanches and say hello to the Karmas. Brunswick has come out with both a solid and pearlized version of the Karma. The Karma Solid has the...

The Cruel C51 LE is the second ball in Motiv’s high performance line that uses the high differential, maxed-out core specs that create extra midlane read for those who need...

The Slant is the first offering from the new bowling ball company, Radical Bowling. Being the first means having a brand new pearlized coverstock that surrounds a low RG core...

The Euphoria uses a brand new OverB symmetrical core and pearl version of the same LNS coverstock as the Blackout. This core/cover combination creates easy length with a controlled arcing...