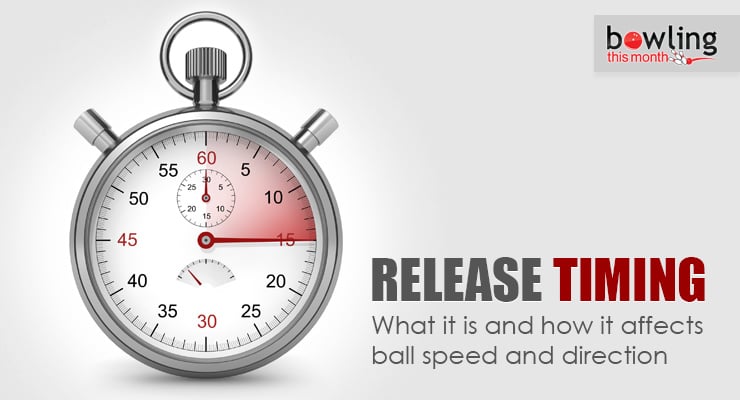 By far the most response I have ever gotten to anything I’ve written has been in reference to the article that Mark Hammel and I wrote last December on becoming a Transitional bowler. Most of the questions I get involve the concept of pulling and pushing, rather than pushing and pulling in order to project the ball down the lane. While all of the elements involved in becoming a Transitional bowler are important, I believe the concept of projecting the ball down the lane, in an in-to-out direction, is one of the most important.

Traditional bowlers were taught to push the ball out and let it drop into a muscle-free pendulum. We were taught that since the ball was in this muscle free environment, the backswing was a mirror of the pushaway. The difficulty with that strategy, even in pre-reactive resin days, was that once the bowling arm muscles were engaged by the act of pushing a fifteen or sixteen pound ball out, it was very difficult to then totally relax the muscles and let the ball swing freely. Only an elite few were really able to accomplish this. Those elite few became, for the most part, the PBA tour.

Traditional bowlers were taught to increase ball speed in one of two ways. Since the backswing mirrored the pushaway, holding the ball higher during the initial set up would increase ball speed to some degree. Bowlers who didn’t want to change their set up position were encouraged to move back on the approach and take faster steps to increase their ball speed. Both of these methods were effective, but only to a small degree.

Traditional bowlers, as well as contemporary bowlers, began to figure out ways to increase both power and ball speed. Coach Joe Slowinski identified the hinge technique as a way to increase the backswing height while, at the same time, decreasing the amount of muscle required in the bowling arm. By simply dropping the ball, rather than pushing it away, the ball reaches the bottom of the pendulum much more quickly and with less muscle. Since an object reaches maximum speed at the bottom-most point as it swings on a pendulum, it can easily be pulled back with very little effort (or muscle) required. This little bit of pull at the bottom of the hinge results in a significant increase in the height of the backswing as well as in ball speed.

The slight pull at the bottom of the swing resulted in another benefit to modern bowling: an increase in the forward tilt of the spine. Much like the idea of the backswing mirroring the pushaway in pre-resin days, we were also taught that the spine should remain erect with the entire bend happening in the knees rather than in the spine. This, combined with the concept of the thumb following through toward the ceiling, resulted in “hitting up” on the ball, also referred to as “fingers.” As I pointed out last month, modern bowlers, using modern bowling balls, often leave corner pins, or see the ball hook early and dive through the nose as a result of hitting up on the ball.

In order to take full advantage of this increased ball speed, it is imperative that the ball be projected down the lane as efficiently as possible. Susie Minshew’s comment in last month’s issue where she states that the follow through is “an extension of the bowler’s intention,” fits perfectly with this concept.

To fulfill the bowler’s intention of projecting the ball further down the lane, two things must happen. First, the bowler must have adequate spine tilt to project the ball out rather than up, and second, the hand must stay behind the ball longer, rotating through the ball rather than around it. This is called release timing.

Increased release timing is not a matter of late or early as in traditional timing. Traditional timing measures where the ball is in relation to when the sliding foot stops. If the foot is still sliding as the ball arrives, it is said to be early timing (ball gets to the line in front of the bowler). If the sliding foot has stopped and the ball is not yet at the bottom of the swing, it is said to be late timing (ball gets to the line behind the bowler). Despite the fact that the USBC’s new, modernized vocabulary is less judgmental calling early timing “roller timing,” late timing “leverage timing,” and timing that is neither early nor late “neutral timing,” the basic concept has not changed.

Release timing is not a matter of early or late, it is simply a matter of how much time elapses between the point where the thumb exits the ball and the fingers exit the ball. Historically, this time was very short as the hand began to rotate around the ball. The Transitional bowler rotates his hand through the ball, rather than around it, thereby increasing the amount of time that the fingers remain in the ball. How much extra time? I really have no way of measuring the actual time, however we can extrapolate the relative amount of time by analyzing how much forward spine tilt increases from the point that the thumb exits the ball until the fingers have exited as well.

The term “release timing” was born in the days following the WSOB Cheetah Championship. I had watched Ritchie Allen dominate much of qualifying on that pattern where projecting the ball down the lane is as necessary as any pattern that most of us see.

Sitting behind Ritchie, I could not see his traditional timing, but I could see that his fingers were still in the holes when the ball was a considerable distance in front of him. I thought that made him a perfect example of the early timing I believe typifies Contemporary bowlers. From the side view, where timing can more easily be assessed, Ritchie appears to have neutral timing, with the ball and the foot arriving simultaneously. However, I clearly observed his fingers remaining in the ball when the ball was well in front of him, thus release timing was born.

Bowlers who have incorporated longer release timing have reported two benefits. First, all report an increase in ball speed. In some cases, this increase is very significant as in the case of a senior bowler I know who increased his ball speed from 15-1/2 mph to 18 mph! The other common result is having to move right to play the same lane condition. This does not mean that the ball hooks less; it means that it hooks further down the lane. This can be a very good thing on lane conditions where bowlers can play areas of the lane longer before having to stand in front of the ball return.

While working with pictured bowler, Mike Tucker, to modernize his game, I was able to gain some valuable insights into those things I was teaching. Mike is a very accomplished bowler who was able to provide some key feedback to my instruction. On the day that these photos were taken, we were working primarily on getting Mike to pull the ball back from the bottom of the swing. Interestingly, if Mike could feel the pull, he hadn’t waited for the ball to reach the bottom to pull it back. When he actually pulled from the bottom of the swing, he couldn’t feel it and threw a really good shot. The other thing I noticed was that when he pulled early, or didn’t pull at all, the result was less spine tilt, more upward motion in the release, and more corner pin leaves.

This was a typical shot that left the 10 pin standing. At release there is a 42 degree forward spine tilt angle. Despite the fact that the angle increases to 47 degrees after the ball is gone, the damage has already been done. Note how high the ball is just over the foul line. Despite that, it is at the same height after the fingers have cleared. The telltale “thud” as it hits the lane reveals the problem.

A much better shot. There is a 47 degree forward spine tilt angle at the release point that is maintained after the fingers exit the ball. Note how much closer to the lane the ball is just over the line. Also notice that the ball has been released at a more descending angle.

Another effect on which Mike commented was that when he was able to project the ball down the lane properly, he could see the tilt on the ball change as it made its violent turn toward the pocket. That’s the effect of keeping the ball in the oil longer and utilizing the dry past the pattern rather than the dry on the outside of the pattern. He also commented that he had moved an entire arrow to the right, both with his feet and his target.

Watch out for Mikey, I think he likes it!

Image credit: Stopwatch illustration (©iStock.com/Bibigon) is licensed for use by BTM and is the copyrighted property of its original creator.