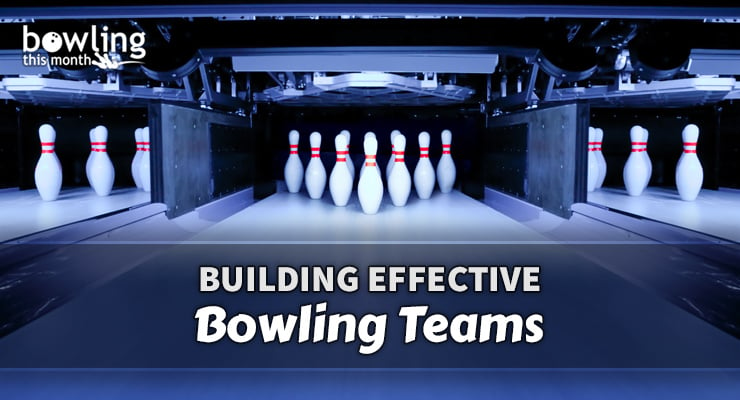 At its core, team building is the art of creating synergy among people.

Synergy is defined by the American Heritage Dictionary as “the interaction of two or more agents or forces so that their combined effect is greater than the sum of their individual effects.” There’s another definition of synergy referring to business, but this one fits best for sports teams. When talking about teamwork, a lot of people refer to synergy without necessarily defining it. Unfortunately, when you presume that people know what it means, you might be stopping the team building process from even starting.

Bowling is an individual sport that has a team element. By this, I mean that—even in Baker-format events—it is still up to the individual to execute a good shot, and nothing their teammates can do can change the outcome if they make a mistake. Compare this to baseball, where even if a pitcher leaves one over the plate, one of his teammates can make a defensive play that stops it from being a hit.

That said, the team element of bowling is extremely important. Ask any bowler who represents their country on their national team and they’ll tell you that team event is the most important. Historically speaking, bowling was at its most popular as an almost exclusively five-person team sport. And, even now, the popularity of college bowling is due to the team element and the human connections of being part of a team.

With that in mind, team building becomes an important element to creating a successful high school, college, league, tournament, or national team. So how does this process work? How do you create synergy?

When you search the word synergy, you see words like communication, empowerment, and trust. Even a very brief search proves the importance of this word and its popularity in North American work culture based on all the websites that come up telling you how to get it. Coaches and employers paying lip service to a buzz word, and those actually seeking to create a “team” where the whole is greater than the sum of its parts, are two very different things.

“The whole is greater than the sum of its parts.”
-Aristotle

One thing is clear: to build synergy, you need buy-in from those involved. If it is something “handed down” from management, a boss, or a coach, it is not going to create true synergy. The first step is creating a vision for ...

Image credit: Bowling pins image (©iStock.com/tarasov_vl) is licensed for use by BTM and is the copyrighted property of its original creator.