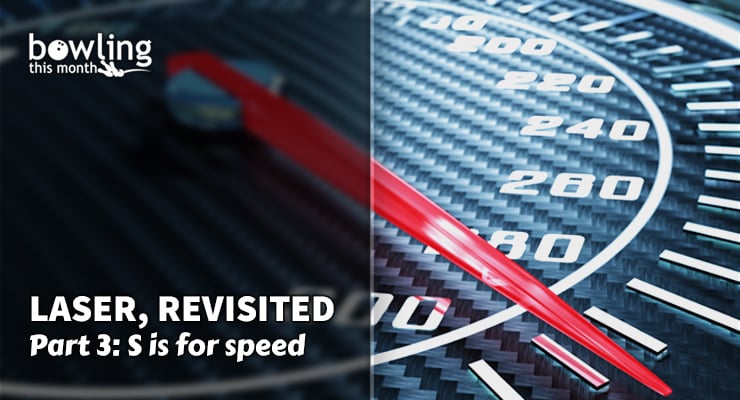 The LASER acronym has been part of the bowling coaching lexicon for years. It’s a tool—a way to compartmentalize and focus on the five areas of concern—that we can use when we need to make adjustments. Whether you’re aware of it or not, you access LASER every time you bowl as you adjust any or all of these:

Throughout this five-part article series, we’re following the trials and tribulations faced by Barbara the Tournament Bowler, looking at the adjustments she’ll make over the course of an eight-game event. Barbara is not a real person, though, and the results of her adjustments are simply possible outcomes. In real life—no matter the oil pattern, no matter a bowler’s choice of equipment, no matter a bowler’s size, and no matter anything—we have no way of knowing what is going to happen on a bowling lane until we actually bowl.

From my unscientific observations—as a bowler since 1958 and as a coach since 1964—I’d say the most overlooked of all adjustments is ball speed, the third component of LASER and the subject of this article.

When speed adjustment is needed, most commonly it’s from a need for more speed, not less, so let’s look at that first.

A bowler may need more speed for a number of reasons, but I think the most common comes about when a ball is consistently crossing the headpin past the pocket, or when the bowler is having problems getting the ball through the front part of the lanes. Interestingly, when these problems arise, bowlers tend to adjust loft, angle, release, or equipment, when simply adding one or two miles per hour to their ...

Image credit: Speedometer illustration (©iStock.com/tiero) is licensed for use by BTM and is the copyrighted property of its original creator.