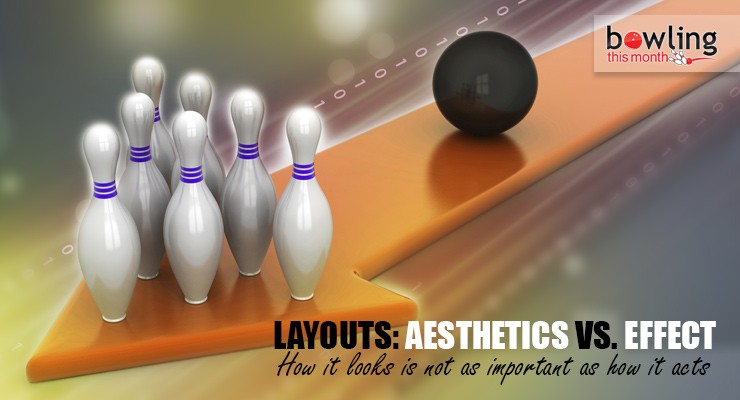 Perhaps the most often heard words in pro shops are, “Drill it to go long and snap.” I would like to propose a radical departure from that in this article. Rather than looking at layouts in terms of aesthetics – go long, roll early, snap, or arc – how about if we look at layouts in terms of energy conservation for maximum effect?

Remember back to eighth grade physical science and a guy named Sir Isaac Newton? Besides noticing that the apple that fell off the tree went down instead of up (which defined gravity, the strongest force in nature), Newton came up with the three laws of motion that we see each and every time we throw a bowling ball. I’ll start with Newton’s Second Law, because it’s the first that affects bowling.

Acceleration is produced when a force acts on a mass. The greater the mass (of the object being accelerated), the greater the amount of force needed (to accelerate the object). This is pretty straight forward. The ball starts down the lane because the bowler applies force to the ball. In addition, it takes more force to throw a 16 pound ball than it does to throw a 15 pound ball.

Next, Newton’s First Law of Motion, the Law of Inertia: An object at rest will remain at rest unless acted on by an unbalanced force. An object in motion continues in motion with the same speed and in the same direction unless acted upon by an unbalanced force. This is huge in terms of ball motion. Think of a space ship in outer space. One blast from its engine that gets it going is all that is necessary to keep it going indefinitely until it hits something to stop it. The reason for this is that ...

Image credit: Bowling ball / pins / arrow illustration is licensed for use by BTM and is the copyrighted property of its original creator (©iStock.com/cuteimage).