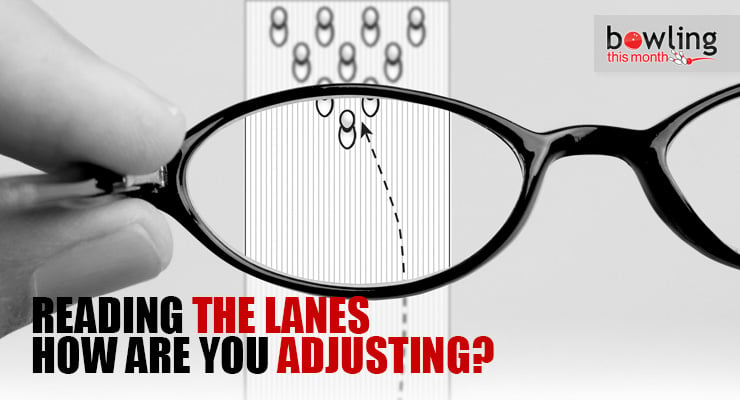 A bowler’s mental game is made of awareness and intelligence. Equally important is the ability to read lanes and conform to what the lane dictates. In a previous issue, the main topic featured “Paths to Success”; that is, the changing of hand positions and speed to place the ball into the 1-3 pocket (1-2 for lefties). However, this does not insure desired results if the starting position isn’t proper, or more important, one’s inability to conform to the dictates of lane conditions.

In the early days of bowling, oil conditioner was applied to the lane as a barrier to protect the surface from damage over years of use. Oil became part of the sport, as lacquer, polyurethane, and other synthetic surfaces became more popular. PBA bowlers must adjust their strategies and methods when attacking the challenging conditions of the lanes. PBA Experience leagues give amateurs the opportunity to compete on the five-conditioning patterns used in PBA tournaments: Chameleon, Cheetah, Scorpion, Shark, and Viper. These five patterns, plus oil patterns designed for major tournaments, will be addressed in detail in a future BTM issue.

Reading lanes is probably the most difficult task facing bowlers. Oil patterns are not detectable to the naked eye. Oil is colorless. Seeking a line to the pocket is like running an obstacle course blindfolded. In golf, hazards such as sand traps, high grass, trees, and water are clearly visible. But bowlers are not afforded this luxury. Bowlers have to speculate and take risks based on unseen obstacles.

Changing oil patterns result from increased activity in certain areas. Urethane balls designed to create greater friction wreak havoc on lane conditioning. Also, advances such as reactive resin and proactive coverstocks have further complicated oiling patterns. Although these new tools have been a boon to players who throw harder and straighter shots, they have further complicated the process of ...