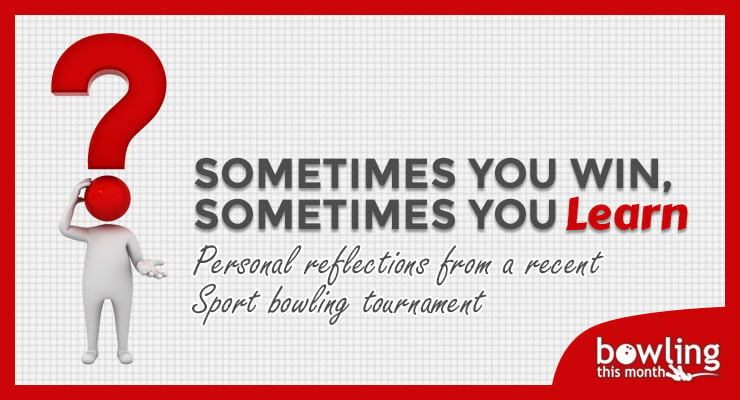 Because of my work commitments and living arrangements, it has been roughly 10 years since I have bowled in any tournaments. Although I have continued my coaching and sport psychology consulting with bowlers during that time, I have only recently joined a league for the first time in six years.

I have been enjoying my league experience so much that I wanted to gauge my skills in a recent Sport bowling competition. The oil pattern for the tournament was the WTBA London pattern (44 feet in length), which is a challenging but playable pattern. The tournament format involved six games of qualifying. After qualifying, the top half of the field would bowl two additional qualifying games to cut to the top 10 bowlers. Finally, after one additional game, the top five bowlers would compete in a stepladder final.

Image credit: Question mark man illustration (©iStock.com/masterzphotois) is licensed for use by BTM and is the copyrighted property of its original creator.