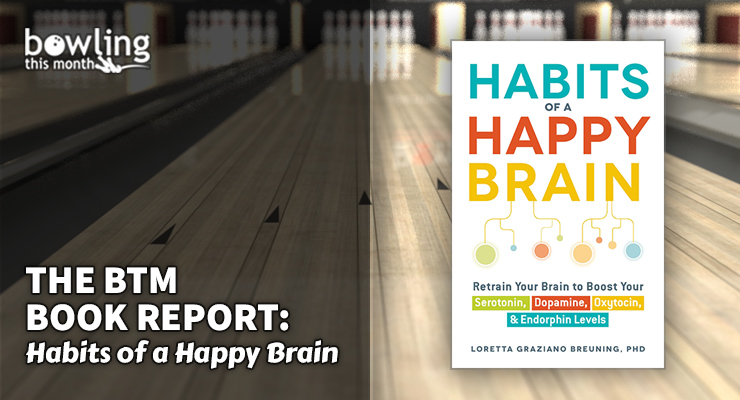 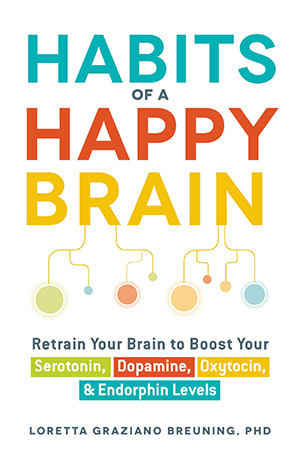 Dr. Loretta Graziano Breuning’s Habits of a Happy Brain takes an in-depth look at the neurochemicals associated with the happy feelings we all know and crave. She introduces the four neurochemicals, how they work, what can trigger them, and most importantly, how we can change our habits in order to get them in a healthy way. This scientific look at habit changes can be valuable in many ways, including for bowlers who are interested in learning why they feel the way they do in certain situations, both good and bad.

First, we get a primer on the four chemicals that our brain naturally produces and that become associated with certain activities. Dopamine, the “seek and find” neurochemical, is associated with achieving goals. This is probably the most commonly-mentioned of the four chemicals in modern-day society, as it is associated with addictive video games and smartphones. Endorphin is the “euphoria” neurochemical, mostly triggered by pain as a way to mask it and allow you to keep going. In other animals, it’s what allows them to ignore pain to continue trying to escape a predator. Oxytocin, the “love” chemical, is triggered by trust and the feeling of being part of the group. Finally, serotonin is the “status” chemical, and it is triggered by feelings of respect from others and high status in a group.

Note that adrenaline is conspicuously absent from this list because it is not a happiness chemical, though most people think that it is. In fact, adrenaline acts as more of an amplifier to these neurochemicals because it signals when something is important. For example, adrenaline boosts the effect of endorphin for a gazelle being attacked by a lion, while also boosting the effect of dopamine for the lion.

Each of these four chemicals is triggered in a different way. For example, dopamine can be triggered from potentially healthy habits and actions, such as collecting stamps, baseball cards, or other collectibles, but also from potentially damaging ones, such as gambling addiction. The author is careful to note that none of these chemicals are inherently dangerous as far as negative patterns; they are simply the brain’s way of associating a good feeling with an action. The type of action ...