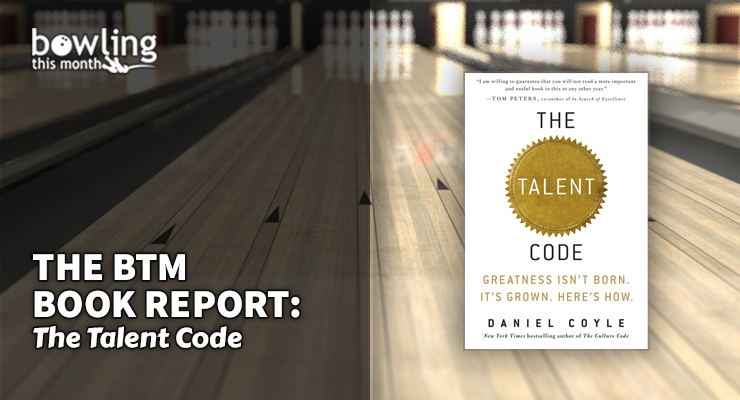 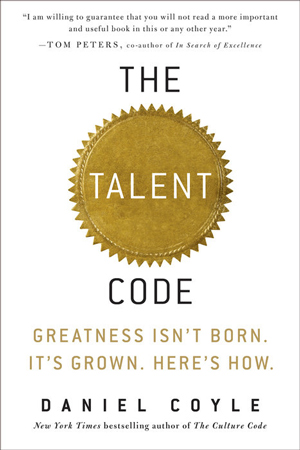 Daniel Coyle’s The Talent Code appropriately breaks up its lessons into three large chunks: deep practice, ignition, and master coaching. These sections offer insights into how people learn, the best ways to train for skill development, and the importance of quality coaching and feedback.

Starting out by introducing the subject of “myelin,” the author transforms the concept of muscle memory into a model of skill development. Myelin is the “sheath” around the nerves, built up by repeated firings of the same message along the same pathway. Myelin is responsible for tracing the path of any skill someone masters, from playing a musical instrument, to throwing a ball, to solving a puzzle.

Myelin is built through repeatedly firing the same impulses along the same fibers, aided by what the author calls “deep practice.” The skill or habit being developed is irrelevant. Whether it’s music or sport, positive or negative, the circuit that is fired is the one that gets insulated and reinforced for future use. Once created, a myelin circuit doesn’t simply disappear (except through age), though you can create new ones to replace the old ones. People gain myelin in waves into their 30s and can still gain myelin until around the age of 50 when it starts to decline. Despite this, your body can still produce more to learn new circuits, but the effort required is greater.

Deep practice consists of chunking, repetition, and learning the feel of a particular skill. When referencing music, you break up parts of a symphony into manageable increments. As an athlete, you break movements down into their parts to improve learning. Working slower, which reinforces the circuit and learning to feel when you are doing something right (without the benefit of video or some other analysis), is paramount.

Coyle breaks coaching down into two broad categories: ignition coaching and master coaching. While they can be done by the same person, they are often different people separated by years (and ...