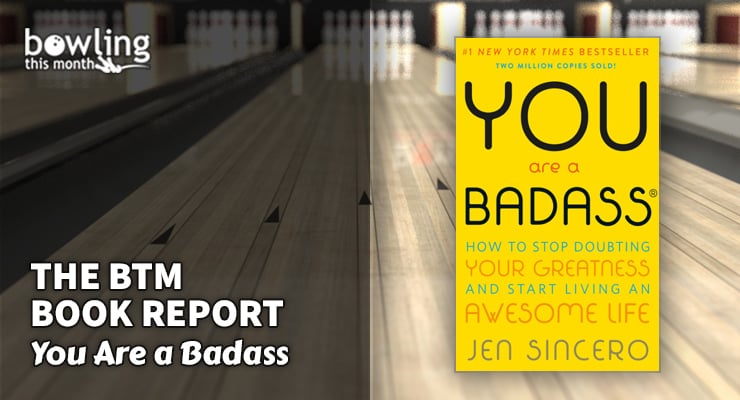 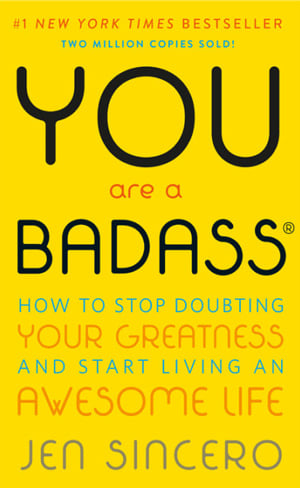 Jen Sincero’s You Are a Badass comes from the self-help section of the bookstore. Like many modern books trying to coach readers toward self-actualization, it contains a mix of advice and anecdotes shared with honesty, humor, and its fair share of cursing. While most of the book’s messaging is relatively similar to other books of its ilk (i.e. visualizing, meditating, creating vision boards), there are several key concepts that bowlers can apply directly to their own games.

Very early on in the book, Sincero discusses the concept of change and risk. While there are plenty of stories out there of people turning their lives around after hitting rock bottom, she suggests that making change comes down to the risk to change versus the risk to remain the same. When the risk of doing nothing is greater than the risk of changing, making drastic change becomes the only logical option.

Later, the ideas of energy and action become the focal point. Like most modern self-help books that preach the power of the mind over your circumstances, Sincero shares suggestions on simply deciding to change. However, she goes one step further and reminds us that change isn’t simply about the idea, thought, or motivation. Any change requires action, and the action has to be going in the same direction as your goals. Unfortunately, many people don’t put in the required action to go along with their goals, mostly due to sabotaging underlying beliefs, according to the author.

These underlying beliefs form the basis of change. By acknowledging and working to change your underlying belief systems, you can take positive steps forward toward your goals. Many times, the author uses the example of money. Everyone “wants” more money and to be successful, but if our underlying belief is that money is bad, or that being greedy is shameful, then the action to pursue that goal will fall flat.

Finally, in one of the many how-to lists provided by the author, Sincero recommends to “keep being the beginner.” Most beginners at anything don’t much care about how bad they are, because they know they’re bad. It’s only once we gain more proficiency that fear of judgment can trickle in. The beginner also does things because they are fun, they are curious, and they are willing ...

The BTM Book Report: ‘Kobe: Life Lessons from a Legend’