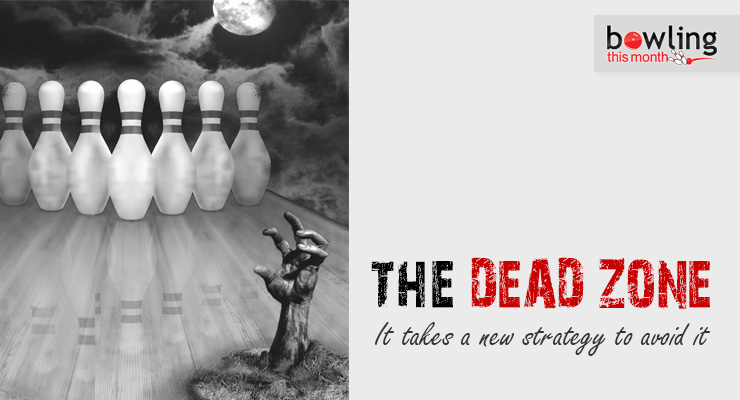 One night during a handicap league, I noticed a very interesting scenario developing on a particular pair of lanes. The two teams bowling were comprised of a typical mix of low, medium, and high average bowlers. Each of the teams had one high average (200+) bowler. Both of them were traditional bowlers, having learned to bowl prior to the advent of modern bowling technology. One of the teams also boasted a young, recreational bowler who averages around 175 and throws a high rev shot that he loves to bank off of the dry outside boards of the house shot. Both of the high average bowlers rely on accuracy to maintain their averages. They consistently hit a three-board area at the breakpoint. The high rev recreational bowler relies on power and is lucky to hit a seven-inch area at the breakpoint.

On this particular night, I watched as the two high average bowlers shot 232 and 212 for the first game. The high rev recreational bowler shot 180. At the beginning of game two I started to witness a plethora of corner pins left standing on solid pocket hits and by the middle of game two, washouts and splits were prominent. The two high average bowlers shot 177 and 146 respectively the second game, and the high rev bowler shot 140.

What had occurred was the very noticeable creation of a “Dead Zone” down the lane that affected all three bowlers. The high rev player, who started out the night playing around the third arrow and swinging the ball out to about seven board at the breakpoint, had carried the heavy oil on the middle part of the lane out into the line that the high average bowlers were playing.

I decided to create the accompanying photos to illustrate the lines that the high average house bowlers (Photo 1-A) and the young recreational bowler (Photo 1-B) were playing. For ...