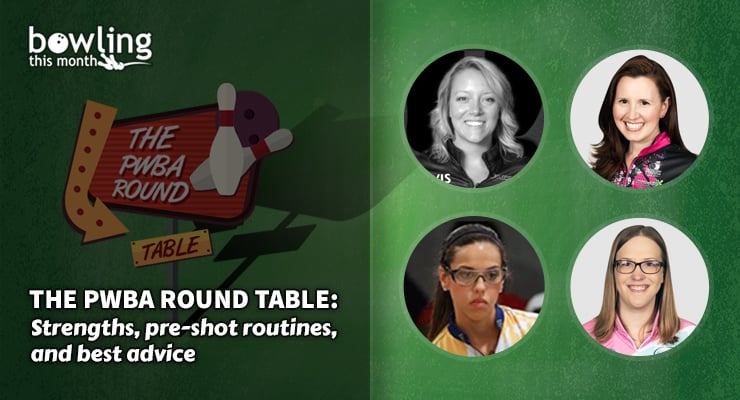 For our PWBA round table discussion this month, I was able to catch up with Valerie Bercier, Missy Parkin, Rocio Restrepo, and Kerry Smith right after they wrapped up their 2019 PWBA Tour seasons. I talked to them about their physical skills and strengths, asked them to share their pre-shot routines, and learned about the best piece of advice they received in the past that helped them get to where they are today. Their answers were very interesting, and I hope you enjoy reading what each of them had to share.

Editor’s note: The format of the PWBA Round Table column consists of posing questions submitted by Bowling This Month’s readers and staff to several top PWBA bowlers and having them respond in “round-robin” style. If you would like to submit questions for consideration in our future PWBA Round Table articles, please click here. 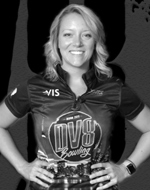 Valerie is originally from Brampton, Ontario, Canada and attended the University of Nebraska-Lincoln from 2008 through 2012. She then attended the University of Rhode Island to finish up school and become a Registered Dietitian. Valerie is now a health coach and co-owner of Berberry Health & Wellness, LLC, as well as a PWBA Tour player. She took home the 2019 PWBA Rookie of the Year honors. Valerie is also a 10-time member of Team Canada. 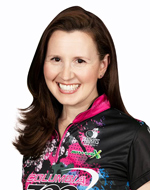 Missy is a 10-time member of Team USA and has racked up 21 gold medals, 10 silver medals, and seven bronze medals in that time. Along with her extensive Team USA resume, she also is the first female to win three PBA regional titles. On the PWBA side, Missy has one major title and three PWBA regional titles. She resides in Laguna Hills, California, where she and her husband Drew Parkin own Parkin’s Bowling Supply. 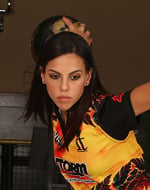 Rocio has been a PWBA member since 2015 and has four career wins. She has been on Team Colombia for 15 years and was on Junior Team Colombia for seven years. She was the youngest bowler ever to win a medal at the World Championships in 2003, when she was 15. Rocio most recently became a World Team Champion with her Colombia teammates at the 2019 World Bowling Women’s Championships. Prior to the PWBA Tour, she also bowled collegiately at Wichita State and was a member of the championship teams in 2007 and 2009. 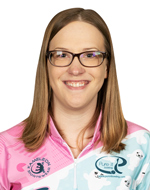 Kerry has been a PWBA member since 2015 and also has bowled in many PBA events. She was the PBA East Region points leader in the women’s division in 2016. She is a five-time Pennsylvania State Women’s Team Champion as well as a six-time Pennsylvania State Mixed Team Champion. Kerry also had a tremendous youth career that included being a Junior Team USA member in 2008, a three-time collegiate All-American, and the 2005-2006 Collegiate Rookie of the Year.

Everyone has a favorite physical skill—what they think they do best—such as playing deep inside, manipulating ball speed, etc. What is your biggest strength when it comes to lane play?

I believe my biggest strength is my spare game. I regularly have 100% single pin conversion in an eight-game block and greater than 95% for an entire tournament (24+ games). I have worked really hard on separating my first shot from my second shot and focusing on the task at hand. It’s too easy to get caught up in your thoughts of ...