Those who can change hand positions enjoy a distinct advantage over those with limited skills. In last month’s issue, I addressed the amount of hook required to be successful. Any hook that carries out the 5 pin is considered a...

Fast and Furious Changes in the Game of Bowling 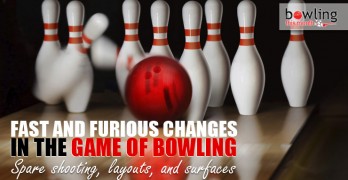 The television finals from the World Series of Bowling held last November really set competitive bowling on its ear. Allegations of shot carving and purposely destroying other bowler’s choices have the PBA considering other options including, I would imagine, limiting...

Loft is a much needed tool in your arsenal

In the March issue of BTM, I discussed some of the differences between the top players in bowling and players who are looking to improve their game. In this month’s article, I would like to give more detail about what...

Training yourself for the athletic requirements 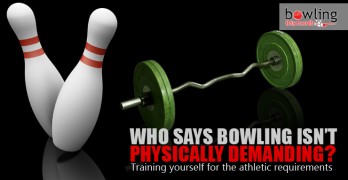 It’s fairly well understood that bowling isn’t a physically demanding sport when compared to, say, football. That blanket statement is a little misleading. In reality, the demands placed on our bodies are lower overall, but they are quite different as...

The Black Mamba is the newest high performance release from AMF. They used the core from the OMG! Pearl with slight modifications. By using this core with a super aggressive...

The TNBA Rhythm marks the third time Hammer has teamed up with TNBA. The Chalk was a release for only TNBA members, but this new offering, like the Swagga, is...

The core shape of the Motiv Raptor Attack is the same as the Raptor P7. Motiv surrounds the core with a pearlized version of their Atomix SFP Reactive coverstock. This...

The Major 52 is one of two new releases in the brand new Don Carter line of Storm products. This ball is a high performance release and uses a new...

The Wise Man is the mid-price release from Storm in the Don Carter product line. The polished pearlized coverstock paired with the high RG core gives this ball the length...