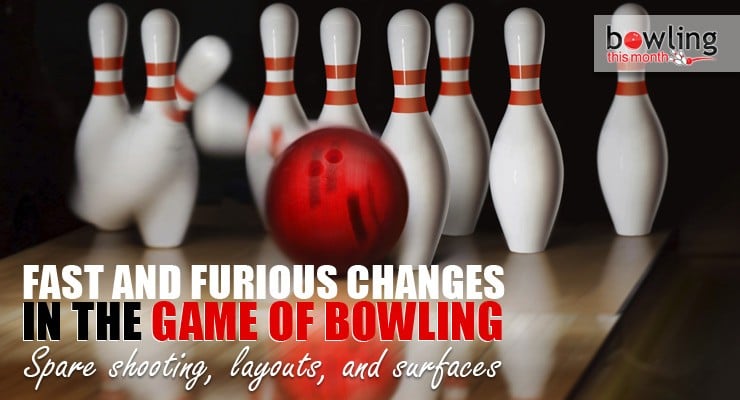 The television finals from the World Series of Bowling held last November really set competitive bowling on its ear. Allegations of shot carving and purposely destroying other bowler’s choices have the PBA considering other options including, I would imagine, limiting practice on the actual competition pair and re-oiling between final games.

While high-level tournament bowling is seeing the brunt of the controversy, high average league bowlers are facing their own dilemmas as a result of the increasing strength of bowling balls. Bowling centers are trying to combat that strength with larger volumes of higher viscosity oils. These dilemmas are forcing high average league bowlers to constantly re-examine their beliefs. What was true two years ago may not be true today. This is so not only for bowlers, but for bowling writers as well. What follows are some thoughts and beliefs I’ve written about over the past few years that I have reconsidered, as well as some new thoughts inspired by today’s changing game.

A couple of years ago, I wrote about the Shadow Pin Spare System. In preparation for that article, I spent a couple of weeks shooting spares every day in most every way. At the time, I concluded that the most effective way of shooting spares in either corner was to use a plastic ball and learn to roll it perfectly straight, end over end, until you could routinely hear a thumping sound as it rolled over the thumbhole. While those two weeks did wonders for my own spare-making ability, I must admit that continuing changes to bowling balls and, consequently, to lane conditions, have caused me to change some of my opinions about spare making.

While throwing a thumping straight shot with a plastic ball at right corner spares is still the best option, increased oil volumes in the midlane have made me revise my recommendation for left side spares for righthanded bowlers. Lately, I’ve seen many, many 7 pins and 4 pins missed ...

Image credit: Bowling ball / pins illustration (©iStock.com/ssuaphoto) is licensed for use by BTM and is the copyrighted property of its original creator.