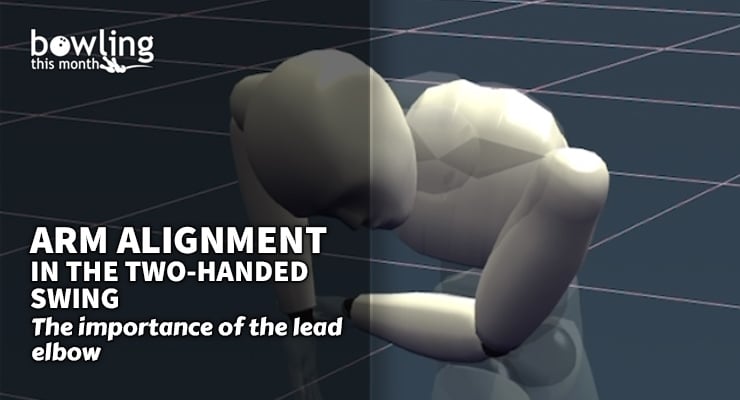 In the July 2007 issue of Bowling This Month, I first wrote about two-handed bowling in my article, How to Coach or Bowl With the Two-Handed Thumbless Delivery: An Emergent Powerful Style. In that article, I wrote, “If you haven’t had the opportunity to watch this new breed of power bowler, you will be amazed at how effortlessly they create power and a high rev rate with a clean release.” After seeing Jason Belmonte bowl in person at both the Malaysian Open and Kuwait Open, I started dissecting the two-handed physical game, which led to the article.

Intrigued by seeing this technique, I started my journey to understand the cause and effect sequences associated with the two-handed game, primarily focusing on Osku Palermaa’s and Jason Belmonte’s physical games. My goal was to provide guidance to coaches so they would be prepared to help those who wanted to become two-handed bowlers, as well as to provide some drills for bowlers.

In my work as an international coach, I have trained hundreds of two-handers, men and women, young and old. One of the most important physical game focus areas that is often overlooked is the lead non-ball-side arm. While the term “non-bowling arm” discounts its importance in one-handed bowling, it is an even bigger mistake to think that the non-gripping hand is anything less than integral to the two-handed release. This article will focus on explaining how the lead non-ball-side arm can impact the two-handed physical game. It will also introduce some training areas to improve the utilization of this arm. By emphasizing the lead elbow, many two-handers can improve to the next level.

The importance of the lead non-ball-side arm

Before diving in, let’s take a look at a 3D model of the effective use of the lead non-ball-side arm in a two-handed swing. In this example, the model is stationary, but it provides a good look at the proper alignment of both ...