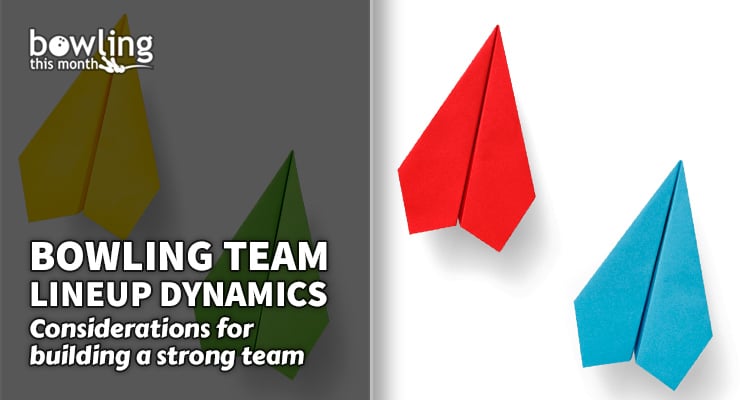 To start, we’ll talk a bit about the roles on a typical four-person team: leadoff, middle, setup, and anchor—each of which requires certain mental and physical characteristics. (Five-person teams will usually place the “extra” bowler in one of the first two roles.) We will then also look at team dynamics and expectations.

This is not necessarily the highest average bowler on your team, but the leadoff bowler should be the most consistent. This will often be the bowler who is a good spare shooter and who can read the lanes and provide useful information to the rest of the team. On one of my teams, my leadoff bowler averages 170, but it’s a consistent 170 with the potential for occasionally shooting higher.

Depending on the mental fortitude and physical game quality of the bowler, this will either be someone who could be your least consistent or your most consistent bowler. The least consistent bowler is usually one who you want to “protect” by sandwiching him or her between two solid bowlers, to avoid performance anxiety. Conversely, the middle bowler might have ...

Starting on the Right Foot

Putting the pieces together to start the season

Image credit: Paper airplanes illustration (©iStock.com/wabeno) is licensed for use by BTM and is the copyrighted property of its original creator.