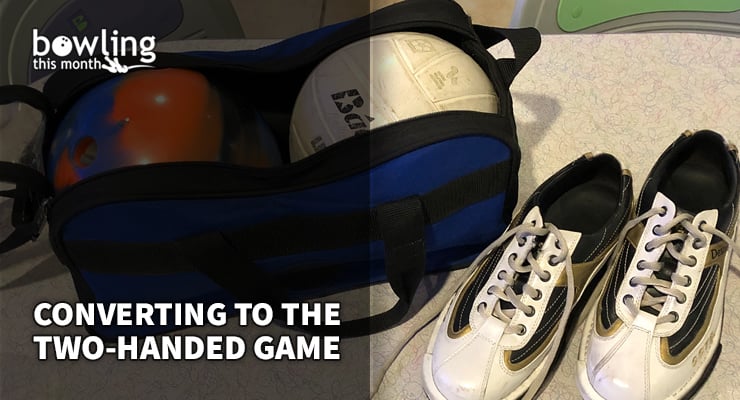 Two summers ago, I coached someone converting from one-handed to two-handed. This was a pretty accomplished one-handed bowler, so before starting, I set the expectation that this would be a major change, and not to expect to attain his one-handed level again for at least a year, if ever.

Since then, there have been some ups and downs. The bowler still hasn’t gotten back to the average he enjoyed three seasons ago, but he is having more fun bowling than he has in a long time. Most importantly, he bowls pain-free and wakes up the morning after league without the pain he grew accustomed to when using his one-handed style. The bowler is my 64-year-old father.

For many critics of the two-handed game, a consistent argument is that the longevity of this style remains to be seen. What will Jason Belmonte, Osku Palermaa, and Anthony Simonsen look like in their 50s and beyond? The unexpected results of working with my father over the last 18 months points to the fact that the efficiency of this style can actually help alleviate some pain for bowlers, rather than cause more of it.

Granted, my father isn’t throwing it like Belmo. The rev rate and ball speed are not what you’d see from elite two-handers, but his rev rate is higher and his ball speed is similar to what they were before when he bowled one-handed. He’s adapted to standing left and throwing right, having all the fun of a youth bowler learning to hook the ball, all over again. And, as I mentioned above, he’s bowling pain-free for the first time in a decade, which is a considerable win for anyone who might not be looking to relive their glory days, but just continue enjoying a sport they love.

It’s hard to argue that the power associated with the two-handed game is appealing to youth and beneficial in general with today’s technology and environment. If youth bowlers aren’t starting out two-handed, more and more are converting when they see how easy it is to hook the ball with this style.

This article isn’t meant as an argument for everyone to switch to the two-handed style. Personally, I’m neither for or against two-handed bowling for its own sake. It has to be something the bowler wants to do. However, for some older bowlers who may be considering ...