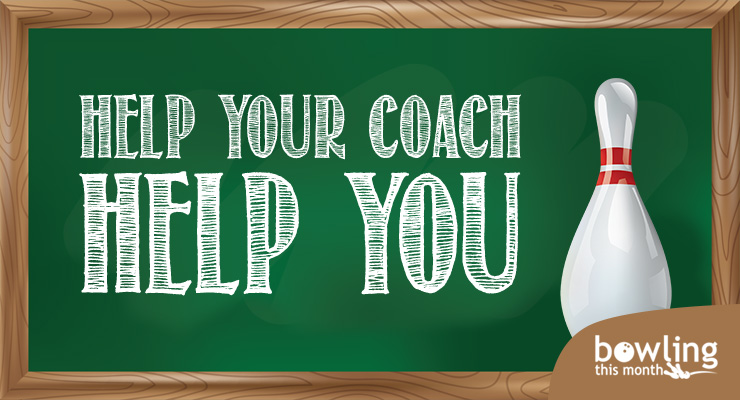 Ask any coach to describe a top athlete they had the privilege to work with, and many of the same words will often appear: talented, hard-working, skilled, coachable. On the surface, these words all carry a specific meaning, but when asked to define what “being coachable” is, most coaches will describe it slightly differently.

Luckily, like any element that makes up a great athlete, coachability is a skill that can be learned. Bowlers who want to take their games to their fullest potential will need to learn to be coachable above all else.

Coachability is vaguely defined as the ability to receive coaching or the ease with which you can be trained to do something better. Even the research in articles for both business and sport varies greatly in the attributes that make up a person that is coachable. You, as a bowler, are more or less coachable based on several different factors and personality traits. Because of this, coachability is more of a spectrum than an on/off switch. What you want to do is develop the necessary traits in order to accept coaching as easily as possible for the most potential improvement.

Definition: Degree to which a person tends to be compassionate and cooperative, rather than suspicious or antagonistic.

Application: Whether it is a team sport or an individual sport, all coaches point to a commitment to the team, or a sense of being part of something, as a characteristic of coachable athletes.