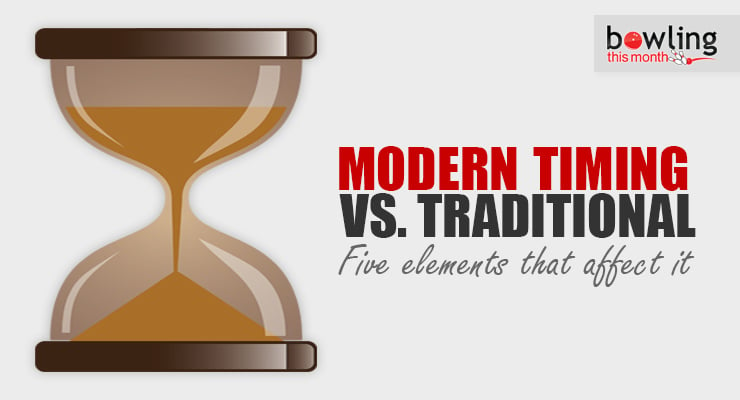 Timing is the single most important aspect of the physical side of the game of bowling. It is also the most over-simplified and the most misunderstood. If you are a regular reader of BTM, you have read many, many articles about the changes that have occurred in the modern version of the game. Perhaps the biggest change concerns the definition of “perfect” timing. We all pretty much agree that the modern definition of perfect timing is quite a bit later than the traditional definition. The challenge for bowlers who want to develop more power and leverage through later timing is how to achieve it without losing the fluidity of the armswing.

There are five elements of the physical game that affect our timing:

All of these elements combine to get the bowler to the line in the correct position to deliver the ...

The foundation of the modern game