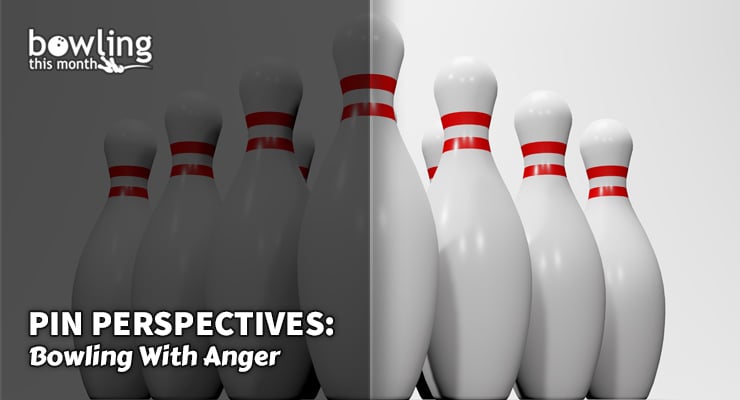 A while back, I wrote an article entitled Bowling Angry, which discussed anger’s negative impact on bowling outcomes. Last week, during league, feeling fed up with my lackluster performance during games one and two, I found myself channeling my anger into a laser focus to bowl well and to help the team in game three. This started me wondering: is there anything positive to be said about the emotional state of anger? At first glance, the notion of using the words “positive” and “anger” in the same sentence, might appear utterly ludicrous. And yet…

While some have argued that PBA Hall of Famer Marshall Holman would have been even better than he was had he controlled his temper, is it possible that his temper is what drove him to succeed? And while there are some who are not fans of Pete “PDW” Weber, would he have been as successful as he has been if he had tried to muzzle his anger, in a misguided attempt to be his father, Dick Weber’s, mild-mannered twin?

There are some potential highly positive aspects to anger, so let’s talk about them.

The importance of focusing and paying attention has been emphasized in many BTM articles and has an interesting inverse relationship with intensity, as explained here by Tyrel Rose. Allow me to sum it up: an intensity level that is too low can bring a lack of focus and increased distraction; an overly high level of intensity can result in an overly narrow focus and missing crucial information.

Looking at our examples above of Holman and Weber who gained intensity through their anger, we can explore what sort of intensity level bests suits you. Are you the sort of personality who is laid back and typically calm, or do you need to have a “fire in your belly” to really get going? Knowing the ...