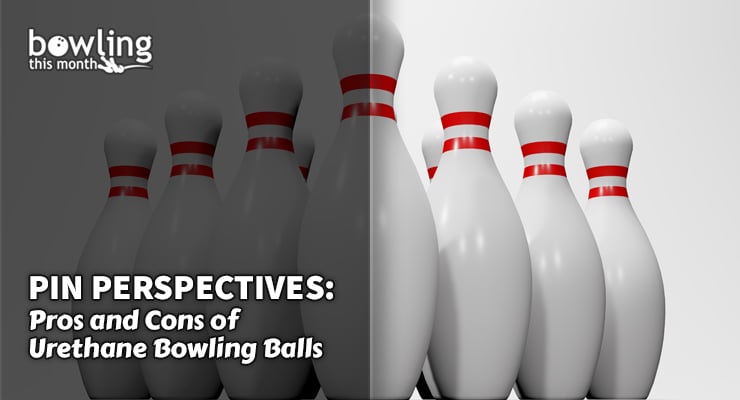 In American composer and singing star Billy Joel’s classic song, “We Didn’t Start the Fire,” he sings about former President “Richard Nixon back again.” For those of us who remember, urethane was hailed as an amazing development in bowling ball coverstock composition, starting the journey that took us out of the lignum vitae, rubber, and plastic era and that has led to our modern reactive resin, computer-designed orbs. Along the way, urethane fell into essential obsolescence, bowing to its reactive resin offspring. Oh sure, you still saw devout “Hammerheads” using their Faball gems, but most folks acknowledged that the time for these balls peaked in the 1980s and 1990s, and that reactive resin was here to stay as the ball type of choice.

Well, they’re back again! Recent years have seen a resurgence of interest in urethane—so much so that some major bowling ball manufacturers offer several urethane balls from which to choose. We are also seeing and hearing quite a bit of and about urethane on the PBA Tour, including some rash comments. At the same time, it is likely that you will earn some hard looks and a comment or two should you pull out your urethane piece from your bag on league night.

So, let us take look, fellow bowlers, at how urethane achieved its second life, why it has its place in your bag, how and when to use it, and why urethane is the subject of such heated discussion and controversy of late.

Technology always seems to work in cycles. Cars with push-button starters were a thing of the past, giving way to ignition keys. Yet, it is rare nowadays to find a car without a push-button start!

As manufacturers developed more durable and aggressive reactive resin coverstocks, mated with ever stronger core designs, bowling balls provided bowlers with ever greater amounts of shape and hook. When you add the never-ending emphasis on increased rev rate, plus the popularity of the two-handed style, the ability of reactive resin covers to chew through lane oil became nothing short of incredible. This ...