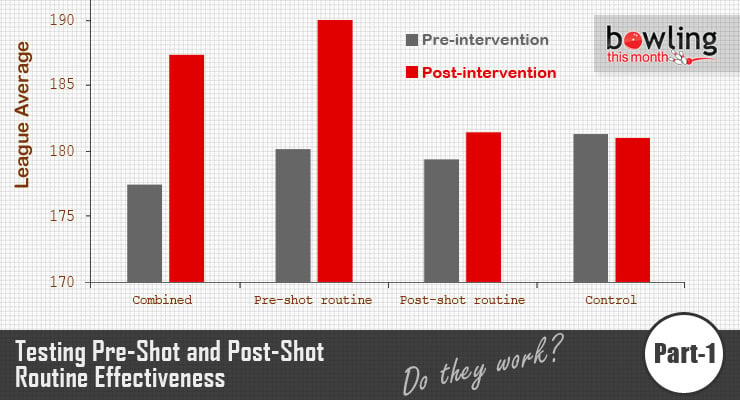 In one of the first articles I wrote for BTM (August 2011), I argued that different types of psychological or behavioral routines may influence and promote better decision making in competition. I speculated that better accuracy and higher scores would develop from undertaking a psychological routine after the delivery (a post-shot routine).

In 2012-13, I was awarded an Association for Applied Sport Psychology grant to undertake a study investigating the psychological and performance benefits of pre- and post-shot routines. The results involved in this grant are the focus of this (and my next) BTM article. In this article, I will describe the study and talk about the results related to the performance accuracy and league average differences that occurred during the four week pre- or post-shot intervention.

The next article will discuss the psychological benefits of the routines being used based on the participant group. Considering this article is still in preparation for journal publication, this is the first written account of the results of the study, which still need to go through the review process to be published in scientific literature.

In the August 2011 article, I argued for the positive benefits of pre-shot routines because they enhance concentration, positive self-talk, and decrease anxiety from a psychological perspective, but also improve accuracy from an objective, outcome perspective.

I also introduced a post-shot routine specifically for bowlers that may help in better decision-making for adjustments and staying closer to hitting the pocket. I argued that following shot execution, a psychological routine that brings the bowler back to a central point of focus will help with performance accuracy, consistency, scores, and psychological recovery.

Briefly, the recommended psychological post-shot routine is typically used after a ...