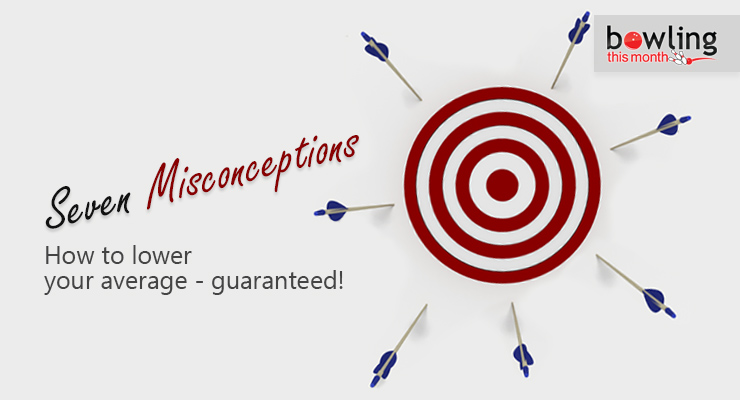 One day a few weeks ago, I was watching a couple of league bowlers practicing before league. One of the bowlers bowled one game with a plastic Taboo Spare Ball. He bowled a 240 game. This indicated to me that the lanes were pretty dry, allowing enough friction for the plastic ball with its dynamic core to deliver plenty of energy to the pins.

The next game I watched as the bowler switched to a Storm Sync, a very powerful ball, and tried to play the same line he had used with the plastic ball. There was so much friction in that part of the lane that the Sync, despite its power, hooked very little. It was losing too much energy. Seeing this, the bowler pulled out an Abralon pad and added more surface to the Sync in an effort to get the ball to hook more. He thought the ball was not hooking because there was too much oil so he added surface to increase friction.

Each of us is made up of a series of beliefs. Our beliefs affect the way we choose to live our lives. Every bowler also has a series of beliefs and those beliefs affect the way we bowl. Following are some common beliefs that contain significant flaws. They have come to be based on the rapid rise of technological changes in bowling over the past 20 years or so. Hopefully, you will consider and, perhaps, reconsider these beliefs with the result being an overall improvement in your bowling.

In the past, prior to the introduction of bowling balls made using reactive resins and containing dynamic cores, it was primarily the ability of the bowler and the efficiency of his release that determined how much the ball would hook – if at all. Adjusting in the old days was a simple thing: you just played along the oil line, looking for friction to the outside and oil to the inside to give you access to the pocket and a chance to strike.

In those olden golden days, if your ball didn’t hook enough it was one of two things: either you didn’t release it correctly or there was too much oil on that part of the lane to provide the necessary friction to allow your ball to hook. When you didn’t have adequate friction for the ball to hook, you moved to the outside to find more.

When modern balls were first introduced, your options were pretty much the same, though as time passed you also had the added option of changing balls to one with more surface. Then, as balls became stronger and stronger in terms of both cover materials and core dynamics, things began to change.

Balls today soak up more oil than ever and, as testing has shown, carrydown has virtually become a thing ...

Image credit: Target / arrows illustration (©iStock.com/Jumbo2010) is licensed for use by BTM and is the copyrighted property of its original creator.