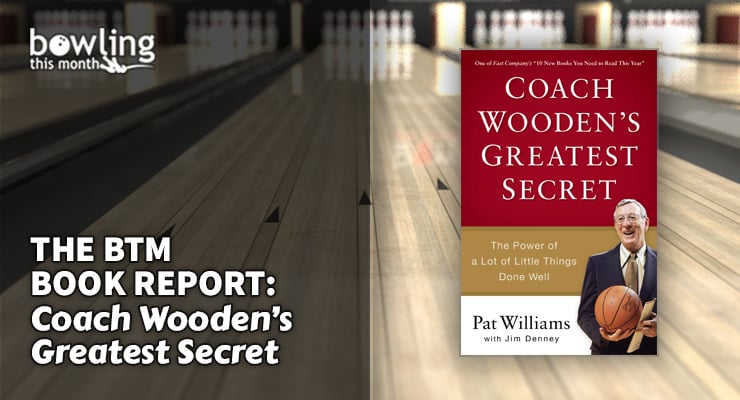 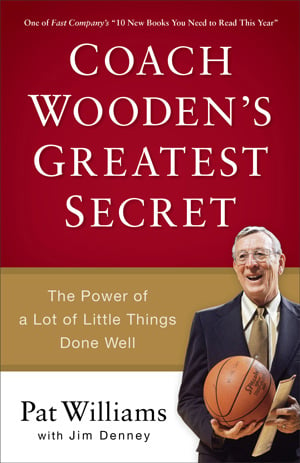 In Coach Wooden’s Greatest Secret, author Pat Williams shares life and sporting lessons from one of the greatest coaches in sports history, John Wooden, the former basketball head coach of UCLA. One of the winningest coaches of any sport of any level, Coach Wooden is known and loved by players and coaches alike. In this book, the author shares the value of Coach Wooden’s attention to detail, covers all of the little things that create success, and complements them with stories from outside college basketball.

One of the first key points to be made in this book is the value of simplicity. In fact, it is the theme of the book. Keeping things simple is what led Coach Wooden to the pinnacle of success. By focusing on the most basic details, such as properly putting on shoes and socks, Wooden underlined the value of attention to even the smallest element of a sport, and getting into the habit of excellence.

By focusing on these fundamentals, Coach Wooden’s teams were able to achieve one of his main goals: being able to function “at high speed, without conscious thought.” By breaking down complex plays into their fundamental elements and constantly practicing those fundamental elements, players were able to perform without consciously focusing on what to do; they simply did it. This applied both to breaking down lofty goals, such as a collegiate championship, and to smaller tasks like executing the right pass at the right moment, thanks to hours of practicing that specific element of a play. The attention to detail in practice allowed unconscious performance in competition.

Finally, the importance of consistency in this attention to detail is shared through multiple stories both from Coach Wooden’s world of basketball and off the court. For example, the story of Coach Wooden altering his practices in his first trip to the college post-season, which resulted in an early exit, comes with a singular conclusion: why change what worked so well before? The consistent focus on details and execution in practice led to the team’s success, but by altering the practices and breaking that consistency, the team’s performance suffered. In an example from outside of basketball, the author shares the story of writer Alex Keegan, who formed a boot camp for mostly unpublished writers. By consistently producing work and submitting their work ...