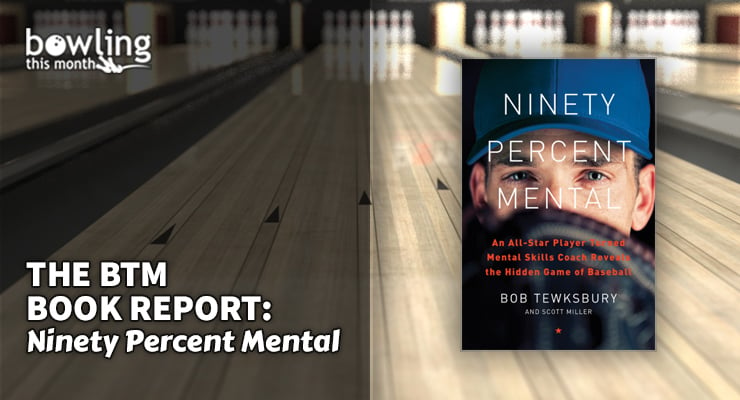 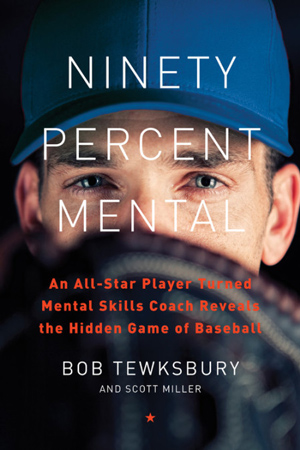 In Ninety Percent Mental, author Bob Tewksbury shares his insights into the mental side of baseball, particularly from a pitcher’s perspective. Tewksbury has a wealth of experience as both an all-star pitcher and, following his athletic career, a mental skills coach for the Boston Red Sox and San Francisco Giants. Many of the lessons in this book are reinforced by stories from the world of baseball, but they translate directly to being effective on the bowling lanes.

At several times in the book, Tewksbury shares one of his mental training mantras: thoughts become things. His job as a mental skills coach is to help athletes recognize this important truth and then put in the hard work to ensure that those “things” are positive. He uses an example from his early playing days, when he wrote the words “Nothing to lose” on the inside of his cap in an attempt to give himself confidence. In retrospect, he sees the mistake here. While this is a common expression, it places the focus on exactly what he was afraid of: losing. Ensuring that your thoughts are positive is one of his foundational elements of a sound mental game.

In another section, the author discusses FEAR, which is presented as an acronym that stands for False Evidence Appearing Real. In his experience, baseball players are constantly battling irrational thoughts regarding their batting average, their wins, or any number of statistics that impact whether or not they will stay in the big leagues. Most of the time, this inner dialog is completely irrational, cherry-picking single bad performances as “proof” that the athlete is failing. It is here where he reiterates the importance of positive inner dialog and focusing on the good performances as evidence of skill, rather than a bad outing as proof of failure.

Tewksbury also introduces the importance of anchor statements. More than simple affirmations, these are specific phrases meant to ground an athlete when unwanted negative thoughts come up. Because these thoughts will inevitably surface, he suggests having an anchor statement to replace it, something to redirect the athlete toward the positive. He gives the example of World Series champion Andrew Miller, who would use the simple phrase “Stop it. I’ve got this. I will dominate.” whenever negative thoughts of doubt would come into his head. Tewksbury also addresses the need for a physical trigger— in the case of a baseball player, perhaps hitting the glove ...