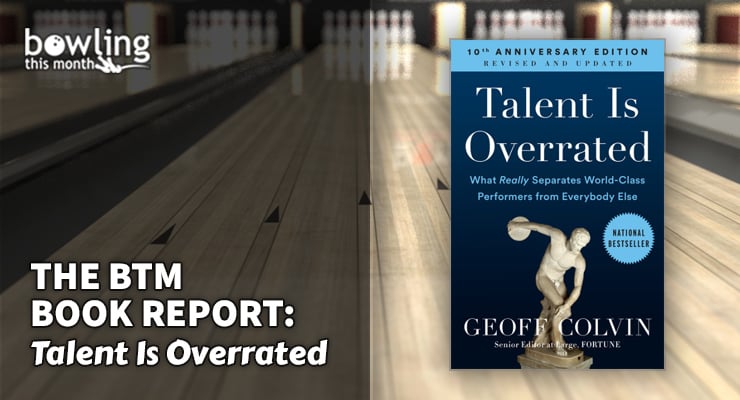 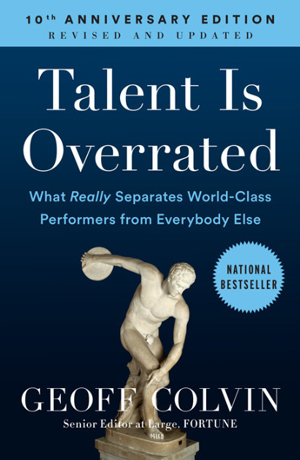 Geoff Colvin’s Talent Is Overrated is another book in the growing literature about performance. Written mostly from a business perspective, it approaches the topic by taking examples from the top performers in well-studied domains such as sports and music and relating them to the business world. From NFL Hall of Fame wide receiver Jerry Rice to former GE CEO Jeffrey Immelt, Colvin presents what separates world-class performers from everyone else.

Before discussing the core theme of the book, Colvin discusses the concept of innate talent. Like many of his peers in this area, the conclusion is that while innate talent might exist, there isn’t much evidence to support its value. Even if someone is considered “talented,” it takes a great deal of time and effort in order to develop that potential into world-class performance. Malcolm Gladwell’s Outliers and Daniel Coyle’s The Talent Code (discussed in detail and adapted to bowling by Dean Champ in his series of articles) both raise the same arguments.

Instead, the book presents “deliberate practice” as the only sure path to world-class performance as researched by Anders Ericsson, and discusses the challenges in meeting the criteria involved such as design, feedback, mental challenge and, as Colvin puts it, that fact that “it isn’t much fun.” On the other hand, if this kind of activity were easy and enjoyable, everyone would do it, and there wouldn’t be separation between the world-class performers and everyone else.

Finally, two of the key points made early in the book, and discussed in more detail later, are the importance of ...

The Youth Bowling Round Table: Early Practice Habits, the Value of Cross-Training, and Grip Considerations