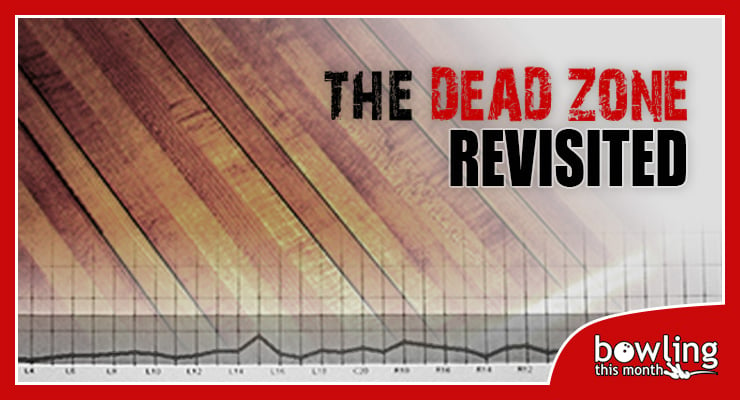 Way back in December of 2009, I wrote an article for Bowling This Month entitled The Dead Zone. In it, I talked about the area of burn that is created at the end of an oil pattern as modern oil-absorbing balls create an area of ultra-friction that is so dry that it quickly depletes the energy that is stored in the ball, causing it to stop hooking before getting anywhere near the intended line to the pocket.

Four years later in 2013, USBC Gold coach Joe Slowinski wrote another article for Bowling This Month entitled El Dorado and El Diablo: Understanding Good and Bad Friction. In this article, he expanded the concept of the Dead Zone to include more information to explore the difficult concept that the friction we have always thought was necessary to help us to get the ball to hook can also cause the ball to hook early, resulting in an over/under reaction that leaves shots missed to the right unable to get back to the pocket and shots missed left diving through the nose and leaving ugly splits.

As bowling balls have continued to become stronger and stronger, they are absorbing more and more oil, which has resulted in the appearance of El Diablo—the Dead Zone—happening faster and faster as league play progresses. It happens so fast, in fact, that changing lanes are often seen before the first game even begins following just ten minutes of shadow practice. Bowlers who don’t understand what causes the Dead Zone often go about attacking the change in the lane’s reaction in ways that actually make the situation worse instead of better.

Before I can begin to describe ways in which you can defeat the dreaded Dead Zone and find the good friction that is El Dorado—the City of Gold—there is a very touchy subject that ...