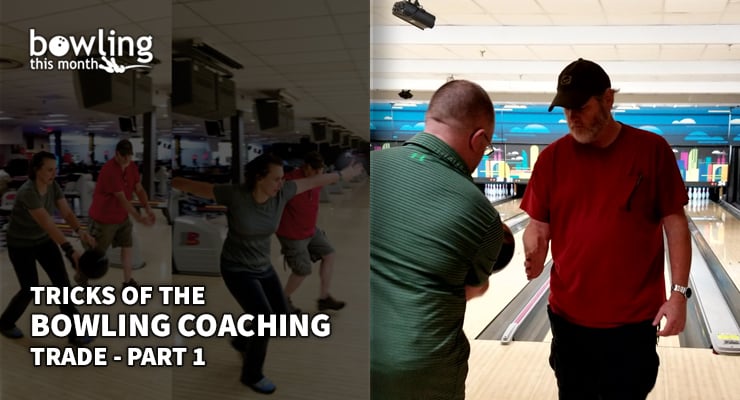 Hello, Bowling This Month readers. It is good to see you again! My goal over the next few articles is to share some of the most effective techniques I have developed in my 25 years of coaching and instruction. Although this series is targeted more toward coaches, self-learners will benefit as well. And let’s face it, most bowlers—even some of the best ones—are self-taught.

When I started writing for Bowling This Month in 2006, I never shared with anyone where I came from, or what my experience was; I just started writing. Since I now want to write a series of articles to help coaches, I think it is time to share part of my background and explain how I started coaching.

I was an avid bowler in the mid-1970s. There it is, I gave away my age: I am 62 as I write this. I bowled amateur tournaments and made a little money, but I was nowhere near good enough to turn pro.

In 1976, I had to give up bowling for business reasons and walk away from the only sport I was halfway good at. In the early 1990s, I was finally able to return to bowling; that’s right, I returned 20 years later. When I came back, everything had changed. The Yellow Dot balls of my youth were replaced with urethane and the first reactive resin balls. Many of the lanes themselves had been replaced with synthetics and, believe it or not, I had never even seen automatic scoring prior to my return. Many of today’s bowlers don’t realize how awesome that invention was.

This 20-year slumber turned out to be the best thing that could have happened to me bowling-wise. I realized that I had to toss out everything I thought I knew about bowling and start from scratch. I have always been good at analyzing things and solving problems, so I welcomed this challenge. Bowling was more exciting to me than ever because it was a hundred times more complicated than it was in the 1970s. A game of checkers had turned into 3-D chess, and it gets more complicated every year.

My start as a bowling coach

One day, I was in the bowling center and I saw a guy bowling. He threw the ball really well—way better than me—and I asked at the front desk who he was. They said he was Todd Masingo, and he had just opened a pro shop. On the way out, I stopped and watched Todd bowl a little. I thought to myself, “Man, he is really good, but if he would just change a couple of things, I think he would be even better.”

We struck up a conversation, and I got the feeling that this guy would be game to try anything, so I said, “Will you try something for me?” He said sure. The next time Todd saw me in the bowl, he walked up to me and said, “Hey buddy, that thing with the swing is working pretty good…what else you got?”

After a few weeks, I had pretty much become Todd’s coach and he started doing a little better in the PBA South Region events. No one was more surprised than me. One day, I then started also working with Todd’s slumping roommate, Joe Viscomi, in ...