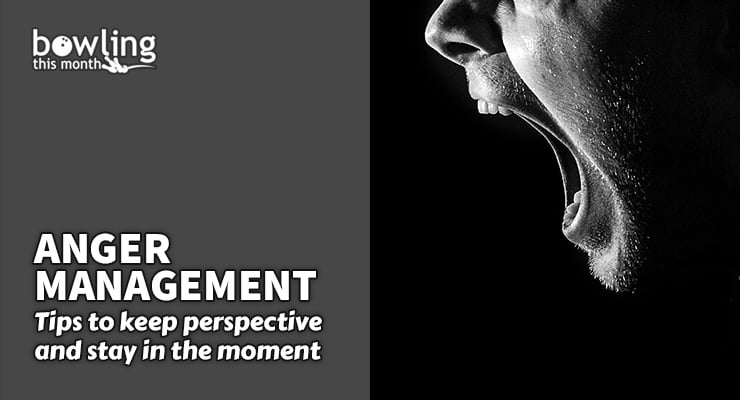 When I was 18, I attended the Coca-Cola Youth Championships, the precursor to Junior Gold. On Saturday night, the guest speaker was Parker Bohn III, who regaled us with a story about his method of anger management.

When feeling frustrated, he would put his hands in his pockets and push down to vent some of his anger without creating a scene. It’s an ingenious trick to relieve some frustration, while not creating drama or distraction by kicking a ball return or bowling bag. Unfortunately for Parker, one time he pushed a little too hard (or his slacks were a little older) and he ripped his pants pretty badly. Luckily, someone was able to rush out to get him a fresh pair and he continued on his slightly-less-than merry way for the block.

As this story illustrates, even pros who are known to be very level-headed and calm will get frustrated on the lanes from time to time. Admittedly, part of his calm reputation is likely due to his method of dealing with his frustration, which is much more understated than the more fiery personalities on tour. Like most skills, it takes time and dedication to improve this aspect of your mental game, and this article will seek to explore why bowling can drive us so crazy and what we can do about it.

Why do we get so angry?

It’s been said that anxiety comes from being stuck in thoughts about the future and anger comes from thoughts in the past. This strikes true for bowlers, who generally get frustrated by bad luck and mistakes in frames they’ve already bowled. Other times, the frustration stems from a gap between expectations and reality. You throw what you believe to be a good shot and you expect a good result, but end up with a reality that is much different. Both of these ...

Image credit: Angry person image (©iStock.com/Evgeniy Anikeev) is licensed for use by BTM and is the copyrighted property of its original creator.