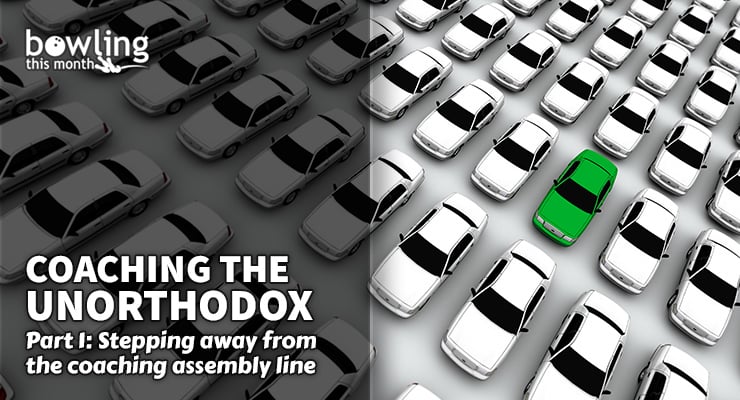 Every once in a while, I am asked to help a bowler whose technique is a bit different from the norm. You can probably think of someone who bowls league that goes about it a bit differently. At the professional level, you may think of Jakob Butturff, the unusual fourth step of Jesper Svensson, or one of the reasons I was drawn to writing this article: Brandon Novak.

Novak appeared earlier this year as the second seed in the 2021 PBA Players Championship East Region Finals. As mentioned on the show, Novak was a one-step bowler until he was 15 years old, and now at age 33, he has persevered with a unique style that has seen him win four PBA Regional titles, make PBA stepladder finals, bowl over 100 perfect games, and be crowned the 2016 USBC Open All-Events champion. With a swing described by Randy Pedersen as “an octopus falling out of a tree,” Novak has managed to achieve enormous success with a technique that is unique to him, and as such, can’t easily be imitated. Nor can we discount how effective this style has proven to be for him, despite veering significantly away from the textbook.

The coach’s dilemma, when faced with a bowler who has an unusual technique, is this: do you try to change them to be more in line with said textbook, or do you work with what they’re doing well? This series is going to explore this quandary, as there are no easy answers, where ultimately this has to be assessed on an individual basis by looking at a number of interrelated factors.

When I consider the bowlers I have worked with, I can’t think of anyone who does everything textbook from start to finish, and when watching the best men and women of any era, no two bowlers look exactly the same. Don Carter and Earl Anthony both bowled with a bent elbow; Mark Roth took five, six, or sometimes seven steps in his approach, as can Norm Duke; Marshall Holman started in a crouch with the ball by his side, had early timing, and a very long slide; Mike Miller bowled thumbless in an era when everyone had their thumb in ...

Image credit: Cars illustration (©iStock.com/eyeidea) is licensed for use by BTM and is the copyrighted property of its original creator.