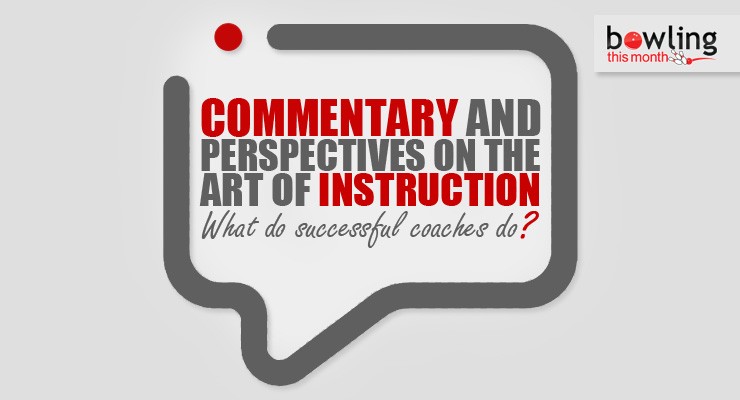 In the April issue of BTM, I discussed coach’s philosophies about motor learning concepts, with discussions about feedback type and how long after shot attempts feedback is provided. In this month’s installment of Coaching Concepts, I ask the coaches to provide commentary about whether they use the whole bowling delivery or break the delivery into parts. This month I’ll include Dr. Dean Hinitz’s perspective about common performance issues that may be exacerbated by the way coaches teach athletes. I wrap up this series with a general discussion about these coach’s responses to help with future BTM issues.

Which coaching technique do you PRIMARILY use: instructing using the entire delivery as a whole or break down the delivery into different parts (e.g., armswing, slide, release, etc.) to explain correct technique? Why do you use this method of instruction?

Cheryl Munson stated, “Where necessary, I break the information down into parts. Usually, if a single part is “fixed”, the rest falls into sync. It is easier for any athlete to work in sections, rather than the entire approach/release.”

Nick Bohanan elaborated by stating, “It is much easier to learn a new skill if it is broken down into little pieces. This is why when ...