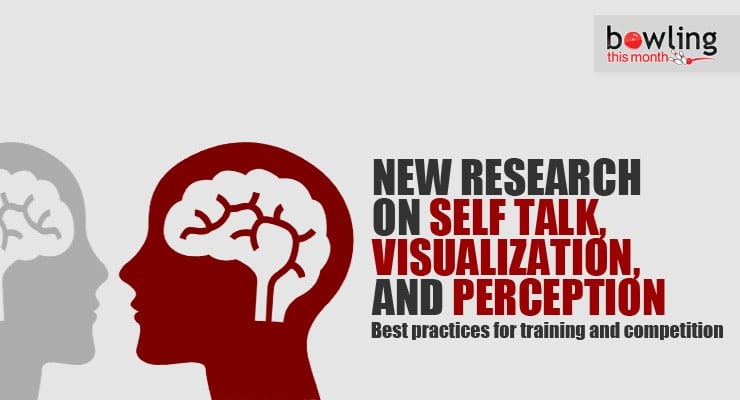 In this month’s Slowinski At Large, I provide readers with an overview of recent research on self-talk, visualization, and perception. In each case, these new findings challenge conventional wisdom of how we have used these mental game tools in the past as well as how we should progress forward in most effectively implementing each into practice and competition.

The power of self-talk questions

Self-talk is the language that you utilize in your mind during practice or competition. This inner voice can either be your best friend or worst enemy. Clearly, how you engage in self-talk will impact your performance. Let’s learn about some new revealing research on how to talk to yourself.

Senay et al. (2010) explored the impact of self-talk questioning versus making statements that are definitive action. In short, the researchers were interested in the mental impact on motivation when an individual stated self-talk as a declaration of intent such as “I can do it” or asking in a question format “can I do it?” The results are surprising and provide potential insight into how athletes should utilize self-talk.

In the first study, 53 college students were assessed on their motivation level when asking a self-talk question about performing a task compared to stating an assertion that they would complete the task. Specifically, participants were asked to simply think, “Will I do an anagram?” versus “I will do an anagram.” Immediately following the self-talk thought process, study participants solved the anagram puzzles. The participants who asked themselves whether they would solve the anagrams out-performed those who stated they would solve the puzzles. Specifically, when thinking in question format, participants solved 2.6 anagrams while those who stated they would do it solved 1.84 anagrams.

In the second experiment, 50 college students participated in the study. Participants wrote “will I” or “I will” twenty times on a piece of paper before solving a series of anagrams. They were given ten minutes to solve as many puzzles as possible. Those who wrote “will I” out-solved those participants who wrote “I will” prior to attempting to solve the anagrams. These self-talk questioners correctly solved nearly twice as many anagrams, approximately four to two.

In the third experiment, 46 college students participated. Researchers were interested in determining the impact of self-talk on intended action. The students wrote either “will I” or “I will” immediately prior to writing down the number of hours each intended to exercise the following week. When writing “will I”, participants expected to exercise eight hours the following week compared with five hours for those ...