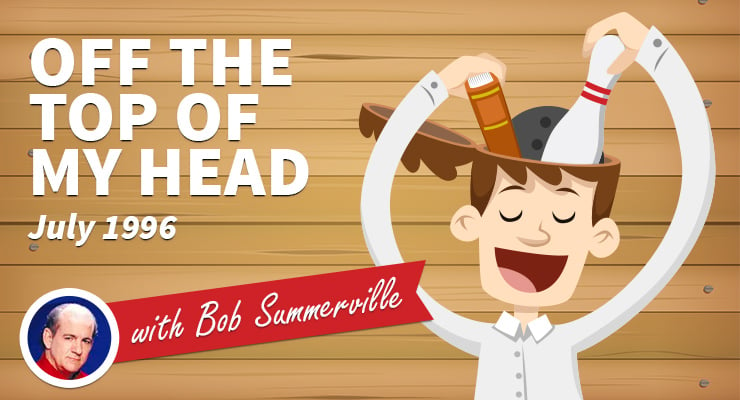 As I looked back on bowling over the years (the forty that I remember personally and the ones before that other “traditional straight players” have told me about), I thought of all of the greats that I loved to watch.

There was Bill Lillard, my friend and the man who has through the years gotten me out of the bowling doldrums more times than I want to remember. Bill is an eight-time ABC champion, a PBA champion, and probably the man who my critic should really have it in for. If it hadn’t been for Bill bowling so well back in the 50s on Championship Bowling and other TV shows of that era, I’d probably be a golfer today—where a straight game is considered an advantage of sorts. By the way, Bill Lillard, now at 68 years of age, still revs a ball up more than a lot of the kids who think they can hook a ball. He wouldn’t be considered a straight player by anyone’s standards—but Bill is very traditional so I guess he partially qualifies.

Then there was Bill’s mentor, Buddy Bomar. Buddy could hook a ball on ice, and given that 30 to 40 years ago, we often had to hook a rubber or plastic ball on conditions with so much oil that the ball would throw a rooster tail, being able to hook a ball was at ...