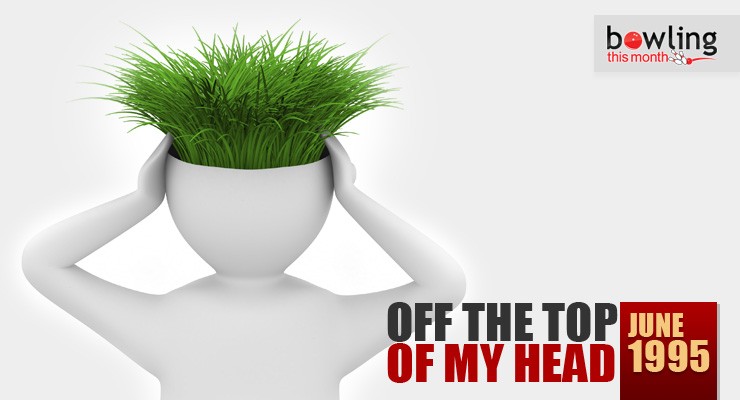 It’s time again for the Senior Master’s. That’s the ABC-sponsored event where the powers-that-be in Greendale openly admit that “good” bowlers over the age of fifty have no chance against the elite bowling kids, an admission they refuse to make when it comes to the rank and file.

Every year, thousands of over-50 ABC regulars trek across the United States to bowl nine games, collect almost nothing for their efforts, and go home – so they can go back the following year and donate again.

When will the ABC wake up to the fact that we need more than two divisions at the national tournament?

First, those of us who are getting on in years comprise a group who backs the ABC in huge numbers. Yet, unless we get on a team with four young hotshots, we have no chance to win a coveted Eagle. Can anyone remember the last time a senior bowler won singles or all events at the ABC? I sure can’t. I’m sure that someone will pull a name out of the books as an example that it can happen, but it really doesn’t matter. Senior bowlers do not have a realistic chance to win and that’s the sad bottom line.

Why would I care? I suppose that when you start to approach that magic age (I’ll be 49 this year), you begin to realize that many of your dreams are buried – even if you aren’t yet. For me, an Eagle – even one that means I was the best for my age group in an event if not the best overall – would be something to shoot for and be proud of. Booster winners don’t have to apologize for “just” winning their division. They are winners – period. I think we definitely need to add a Senior Division to the championship tournament.

Of course, that’s not all. Never let it be said that I only have one complaint a month. No way. I also want to see the Classic Division reinstated.

When I was growing up, you could go to an ABC tournament and see the best bowlers in the world. The Budweisers were there. The Strohs were there. The Pfeiffers were there. These were the Don Carters, Dick Webers, Buzz Fazios, Buddy Bomars, and the co-record holding eight-time ABC titlists – Bill Lillard, Fred Bujack, and Bo Burton. Oh. And the crowds were there for every squad that one of these teams bowled.

Somewhere along the way, some genius decided that we didn’t need a Classic Division and they did away with it. They also did away with a lot of the fanfare, excitement, and crowd-appeal of the ABC.

Today, we can form a team with no more than two Senior PBA or regional members. No touring players at all. Apparently, someone thinks that touring players are too good for us “regular” bowlers.

Of course, those same officials would have no problem with a team composed of national amateur champ Pat Healey, Jr., Team USA star Chris Barnes, perennial High Roller finalist Steve Kloempken, amateur all-everything David Garber, and the most professional amateur in the world today, Joey Vito. They would think that’s fine. They are all amateurs. Of course, these five guys are professional in every way – except that they don’t hold a card. Should these guys be able to bowl together? You bet. But, they and the pros should be bowling in an “open” division that would let us assemble ANY team we want and let the best team win.

This may sound ludicrous to many – like the officials at the ABC – but the WIBC has several average-based divisions and they seem to be able to get enough bowlers in each to run their tournament quite well. I was in Tuscon last month when the LPBT players came in to bowl their Classic Division squads and I only found one problem. There weren’t enough seats in either center for all of the fans.

Of course, there is one BIG problem with men’s national and state tournaments as they now exist that everyone ignores. The division average requirements are based on pre-reactive standards. At the ABC, Booster is still 170 and down. That means that Regular is 171 and up. Does anyone really think that a team of 175-average bowlers will ever be able to compete, given today’s outrageous scoring?

There is nothing wrong with a “Regular” Division. We definitely need a Booster Division. BUT, those are not enough. Booster should be raised to 900 and down. Regular should be between 901 and 999. Classic should be reinstated at 1,000 and up. AND, we should have a Senior Division.

If Greendale is worried about diluting the prize fund, I have another startling revelation. NO ONE goes to the ABC (or to state for that matter) to win money. There just isn’t enough money to pay expenses for 99% of us – and we could stay home and make more. In my region alone there are easily 60 tournaments each year that pay more than $2,000 first place so we don’t have to go to Reno, Salt Lake, or Alabama for cash. We go for that Eagle – and the ABC national tournament should be set up so everyone has at least a chance to win one.