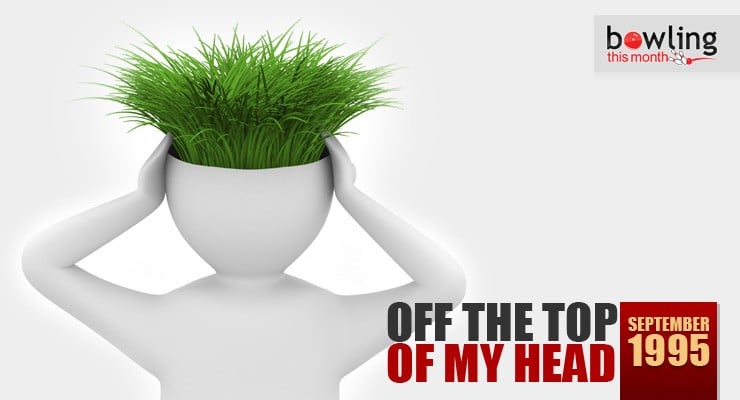 This month, Paul Horvick’s College Report is different than in past issues. Paul holds an old fashioned roundtable discussion with five of the leading bowlers from the college ranks – past and present – headlined by the PBA’s Justin Hromek, former standout at Wichita State University and the LPBT’s Kim Berke Straub, former all-everything at the University of Nebraska.

We old-timers have a tendency to criticize the “kids” today, and why not? Most of what we hear about their philosophy of bowling is “stand left and throw right.” It is true that there is a large segment of the younger generation of “bowlers” who, because of the technology designed into modern bowling balls, combined with the walls that are being put up in centers from coast to coast, have learned to score without ever learning to bowl. I think from Paul’s column, you will see that the college-trained bowlers of today gain knowledge, self-awareness, and maturity that makes them competitive at a very early age.

I realize that there are some of our readers (and far too many in the industry) who consider any attention paid to youth bowling, collegiate bowling programs, and scholarship tournaments a waste of paper. Obviously, I disagree.

If the sport of bowling has a national shame, it’s the way we have treated the younger generation of bowlers throughout our history. I bowled in high school, and I would have bowled in college except for a couple quirks of fate: first, SMU didn’t have a bowling team and second, I lived in the era of terminal professionalism – if you ever bowled for money, you were a pro for life and disqualified from “amateur” competition. I was also a junior coach back in the AJBC days and because of my affiliation with several bowling centers, I worked with their AJBC programs. Then, just as now, I realized that any sport or activity, if it is to survive, has to attract younger participants. Today’s kids are tomorrow’s bowlers.

Today all across the United States, bowling proprietors are singing the “We ain’t got no business” blues. For many of them, it’s their own fault. They have had decades of opportunities to develop young bowlers, but bowling proprietors all too often look at the now (and remember the then) but never show any interest in planning for tomorrow.

Bowling pays lip service to its junior programs, scholarship programs, and to the collegiate programs, but where we fail is in one very important area:  we fail to support them. Consequently, over the last twenty years, we have been very successful in one regard:  we have lost almost an entire generation of what could have been the bowlers of today. If you look around, you will see at least half of all the bowlers in most centers now are geezers like me. Too large is the percentage of bowlers who threw their first ball before 1970, and too small the percentage who pitched shot number one between 1970 and 1990.

Every time you turn around, someone else has a “quick-fix” scheme for bowling. It always revolves around us, the league bowlers of today, donating a part of our sanction money to another ad campaign to promote the sport. Garbage. The proprietors and the organizations are constantly running some “buy one get one free” ad package on TV, and all it does is throw valuable dollars into a big pit. Almost no one responds.

I have no problem with getting a multi-million dollar slush fund together to promote the sport, but I disagree with the experts on how the money should be used. For me, a couple million dollars could go to bolster the tours – prize funds and public relations. The men and women who bowl professionally are our best advertisement, and they could be even better ads with increased visibility and promotion. Then, take the remaining million(s) and sock it into youth and college bowling. If we don’t support youth bowling today, those same proprietors who have ignored the kids for the last twenty years will have a new song to sing in 2010. It will be the “We went bankrupt” lament.