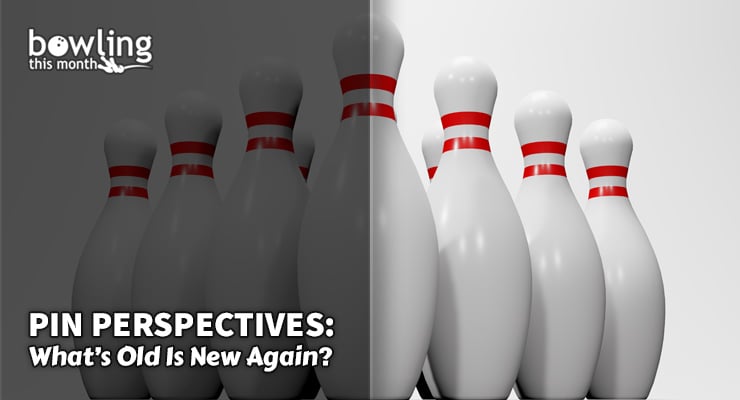 When I was a child attending school, our teachers would often begin the new school year by asking us to write about what we did over the summer. Well, readers, this is my story…

After my urethane article was published earlier this year, a reader and bowler named Steve Norquist (I’m using his name with his permission) commented on the article and we began communicating offline about a method of releasing a bowling ball that hasn’t been popular since the 1960s: the full roller release.

If you have not heard of this, you are not alone. This release and style of play dates to the era of wooden lanes, lacquer finishes, manual application of lane oil, and rubber bowling balls. It also stems from an era when bowlers focused on accuracy over revs, on pin interaction and mixing versus “blowing the rack,” at a time when “atomic messengers” were the exception, rather than the norm.

For reasons that will become shortly apparent, Steve has dusted off this method and skill, has taught himself how to bowl in this largely forgotten manner, and has seen ample success in doing so. In the summer spirit of experimentation, and after a personally frustrating bowling season, I attempted to also bowl this way (with his extensive assistance). While I wasn’t particularly successful (I’ll be discussing the reasons why a bit later on), this style of bowling does have some relevance in our modern bowling era, especially for the lower rev bowler. When you consider that our modern reactive resin bowling balls can sometimes create rather unpleasant over/under reactions and require greater ball speed, a release that offers increased control can feel like a blessing for some.

What exactly is a full roller release?

When a bowling ball rolls down the lane, we know that lane oil is deposited on the surface of the ball because we can see it once the ball is back on the ball return. The modern release, sometimes also known as the “3/4 release,” typically leaves an oil ring that measures around three-quarters of the ball’s circumference. Conversely, a spinner release leaves a ring ...