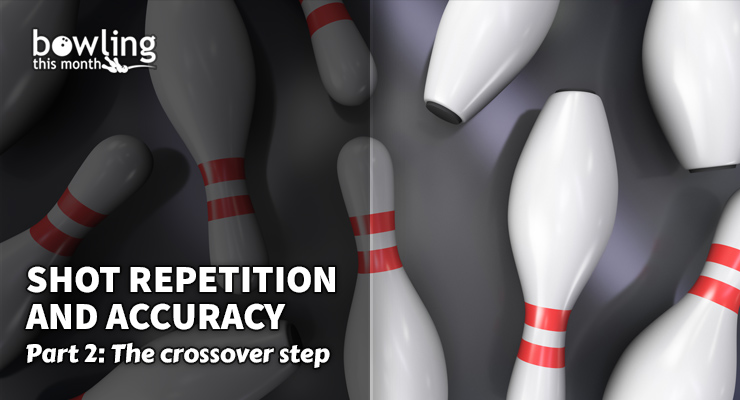 In the first part of this series, I covered how to get control of your footwork. I suggested that making straighter approaches can lead to better shot repetition and accuracy for a lot of bowlers. In this second installment of the series, I will look at the feet once again and talk about some footwork complications, such as crossover steps and walking away and toward the swing.

A crossover step is a step that crosses in front of the opposite foot, and it’s done with the ball-side leg just before the ball drops into the swing. For example, if a righthanded bowler takes five steps, step one will be taken with the left foot, then step two with the right foot will go forward and land in front of the left foot. The two feet are now pretty much in line as if walking on a narrow board. The ball is then dropped into the swing tucked in tightly to the body; this is possible because the right leg has been moved out of the way. That’s the theory behind the crossover step.

For the crossover step to be effective at moving the ball-side leg out of the way of the ball, the swing timing must be nearly perfect. The bowler’s leg is only in that “removed” position for a very short period of time.

Image credit: Bowling pins illustration (©iStock.com/happyphoton) is licensed for use by BTM and is the copyrighted property of its original creator.