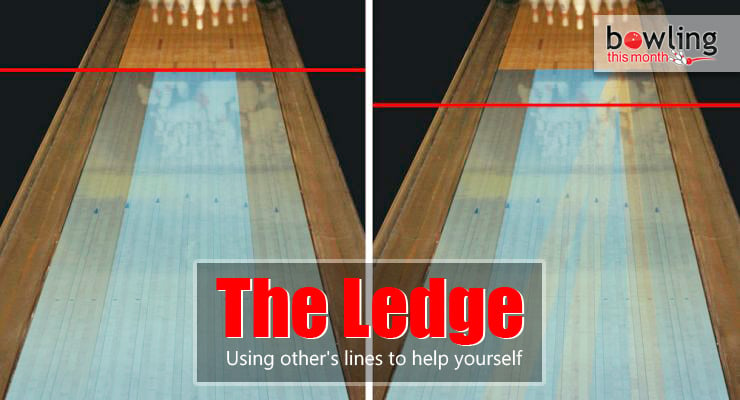 During the ’80s and ’90s, two major things changed in bowling: lanes began to change from wood to synthetic material and bowling balls were developed with reactive resin cover materials and cores with dynamic weight imbalances. These two changes affected everything about the sport including what bowlers had learned about the physical game as well as how to play the lanes.

Thanks to the PBA’s use of blue oil on recent telecasts, many serious bowlers now have a better understanding of how oil patterns can change throughout a bowling session. Using computer-generated images that similarly illustrate the depletion of oil on the lane, I can now explain to you how you can use these changes to raise your average and defeat your opponents. Hopefully, this article will create a bridge of understanding between two articles written previously, some four years apart: The Dead Zone (BTM Dec 2009) and Playing Without a Parachute (BTM Oct 2013).

Most of this article is meant for righthanders since there is not usually enough traffic on the left for a lefty to need it. Even when there is more than one lefty on the lanes, the lines of play are rarely varied enough to warrant the use of the strategies discussed here. The exception is addressed near the end of the article when I will attempt to address the Dead Zone as it applies to lefties.

Years ago bowling balls were basic orbs with non-reactive covers and small static imbalances to control their reactions. The league bowler’s job was to look for friction. Without it, he couldn’t get the ball to hook and couldn’t get it to roll with enough power to take out the 5 pin, much less the corners.

As a result of the need for friction, he was taught to play the oil line. He would find the line where the oil started, usually around the 2nd arrow, and follow it as it slowly meandered inside, making parallel moves of a board or two as the night progressed. The idea was to stay in a little bit of friction, keeping the oil on the inside to hold the ball on line on pulled shot. More friction on the outside helped shots missed to ...