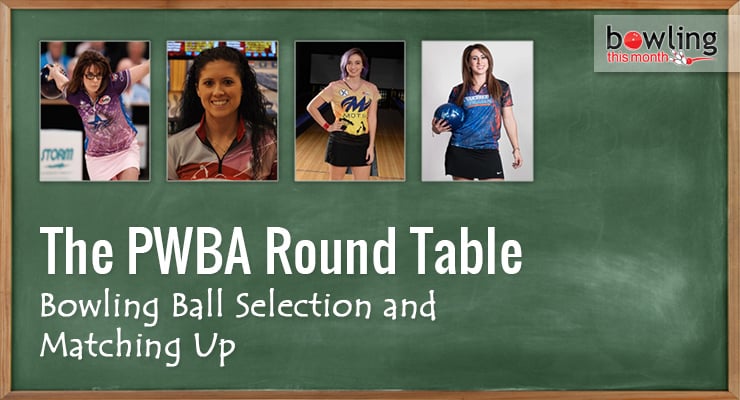 In this month’s round table discussion, our focuses are bowling equipment selection and matching up to different conditions. First, I asked three PWBA players how they decide what bowling balls to take to tournaments. We then discussed what changes they typically make if they are struggling with ball reaction on a given pattern during competition and can’t make a ball surface change. Check out the responses below from PWBA players Carolyn Dorin-Ballard, Bryanna Cote, Elise Bolton, and yours truly. 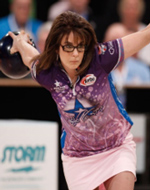 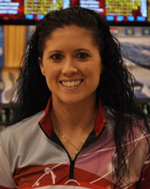 Bryanna Cote is a two-time Junior Team USA member and three-time Team USA member. She earned three gold medals (all-events, singles, doubles) and two silver medals (team, national all-events) at the 2007 Tournament of the Americas; one gold medal (doubles) and one bronze medal (team) at the 2006 American Zone Youth Championships; and three gold medals (doubles, team, team all-events), one silver medal (all-events), and two bronze medals (singles, doubles) at the 2006 Tournament of the Americas. Bryanna also tied the national record for highest series by a woman with an 879 series in September 2014! 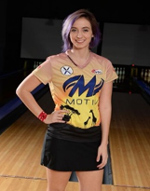 Elise Bolton was a Junior Team USA member from 2010 through 2015. During her collegiate career, she was the runner-up in the 2012 Intercollegiate Singles Championships, she won an NCAA Championship in 2013 with the Nebraska Cornhuskers, and she also earned All-American honors. In 2014, she came in 3rd place in the Intercollegiate Singles Championships. After graduation, she has competed in the PWBA Tour and regionals and earned a 7th place finish in the PBA Women’s Regional Series (2015). 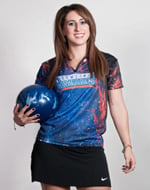 Heather is not only a writer for Bowling This Month and the founder of BowlFit, but she is also a PWBA Tour player for the 2016 season. She was the 2015 Rochester Queens runner-up, the 2010 USBC Alberta E. Crowe Star of Tomorrow recipient, the 2010 USBC Chris Stoehr Sportsmanship Award recipient, and the 2008 PBA Billy Welu Scholarship recipient. Heather bowled collegiately at Robert Morris University from 2007 to 2011 and was a 2011 Collegiate Bowler of the Year honorable mention, a 2010/2011 NAIA first-team All-American, and a 2010/2011 collegiate second-team All-American. A native of Rochester, NY, she won the 2010 Empire State Games Women’s Singles gold medal and the 2010 Empire State Games Trios gold medal.

Approximately how many bowling balls do you carry with you at each stop? How do you decide which balls to take?

I have about 14 bowling balls that I start with. I have always tried to be prepared before the first stop so that I hopefully won’t have to drill any equipment as soon as I get to the first tournament. But, of course, you just ...