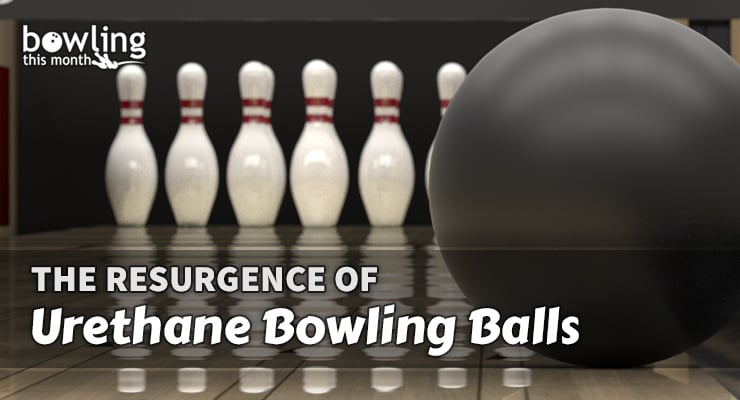 Over the last few years, we have started to see a resurgence of urethane bowling balls on the tournament scene. I personally credit Ryan Ciminelli for starting this craze.

Back in 2009, I decided to take my shot at competing with the big boys as I entered two of the PTQs for the 2009 PBA World Series of Bowling. Early on, during the PBA Cheetah Championship qualifier, the bowling center was buzzing with the performance Ryan was putting on. Being a fellow lefty—and one who was having a difficult time bowling over 220, which was way below Ryan’s 250+ pace—I decided it made sense for me to journey down and see just how Ryan was playing the lanes and what ball he was using.

“Storm Natural?  What the heck is that?” I thought to myself. Come to find out, Storm had created a “new” urethane ball, and this is what Ciminelli was lapping the field with. The pro shop quickly sold out of the few they had in stock and the Storm staff members were lined up attempting to get their hands on one.

This, arguably, is when the urethane craze began in the US.

Nowadays, if you don’t have at least one urethane ball in your tournament bag, you’re likely making a mistake. But the question is, why?

What started the urethane resurgence?

Why, all of the sudden, with all of these incredible bowling balls on the market, has an outdated technology become a staple in the tournament bowler’s bag?

Cincinnati, Ohio’s Jeff Fehr, one of the top tournament bowlers in the Midwest, believes there are several factors that have led to urethane being used more often in recent years. “First, tougher lane patterns require a more controlled, predictable ball motion, especially on the fresh. The reactive bowling balls being produced are continuing to be made stronger than the last one and they can be unpredictable on tougher lane patterns if you can’t easily manipulate your ball roll. The third factor is that rev rates are at an all-time high, particularly with the evolution of the two-handed style. The high speed and high rev combination allows players to ...

Chris Hester is a lifelong competitive bowler from the Louisville, Kentucky area. He was a two-time All-American on the Morehead State University bowling team and he competes today in many of the top amateur events throughout the Midwest. Chris served as the Staff Manager for Ebonite International from 2012 until 2019, where he provided support to Ebonite's international amateur staff and collegiate programs.