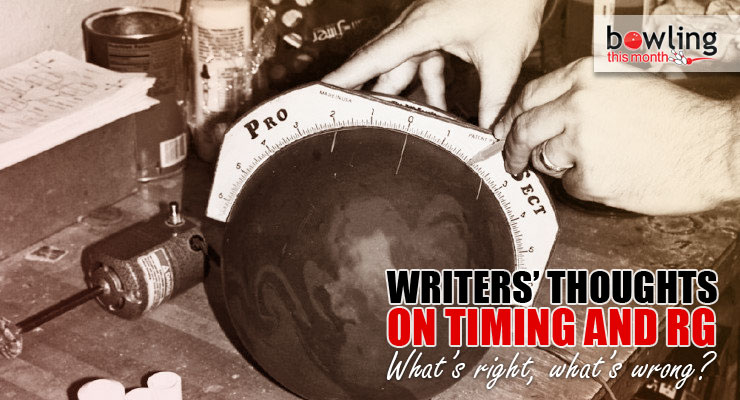 Above all, bowling is an individual sport. Bowlers are all unique with different styles and approaches to the game. Knowing this, it is our job as coaches and bowling writers to assess where a bowler wants to go and make suggestions as to how he can get there. As bowling writers our information is based on our own experiences and observations made using bowlers whom we have coached, observed in tournaments or league play, or, in the case of professional bowlers, in person or on television. These bowlers are our individual “reference bowlers.”

Where differences in our opinions become apparent is when our reference bowlers vary significantly. Bowlers want the magic key that is going to allow them to reach their goals. Unfortunately, there are no absolutes. Just read the December issue of BTM. The theme for the issue, “Timing: I had it but now it’s gone,” says it all. While that title refers to the lead article, written by Susie Minshew, there were many, many other references to timing in that issue.

In her article Susie stated, “I think some amount of late is great.” In the same issue, Ron Clifton advocates a “four-tenths of a second separation between the slide foot coming to a stop and the ball going by the ankle.” His “football” timing, used to generate more revs is late timing. In this same issue, Joe Slowinski cites late timing as a major problem that inhibits a bowler’s ability to efficiently transfer energy to the bowling ball. He states that “all top players slide and swing concurrently.” He goes on to say that, “Late bowlers begin the slide first and then have the downswing start after the slide starts. This is an inefficient movement.”

But wait, there’s more. Speaking about confusing language in bowling, Bill Hall, in his timing article, says that one of the latest trends “seems to be the notion that you can use ‘late timing’ to create a more powerful release in addition to creating increased ball speed.” He goes on to give his definition of timing: “Timing is everything firing at once, working within a sequence, ...

Equipment for the Four Competition Zones

A proven system to rank and select bowling balls