An Interview with a Pro Bowler Turned Coach

Mark Baker on retiring the tour, working with great bowlers, ball knowledge, advice to the young 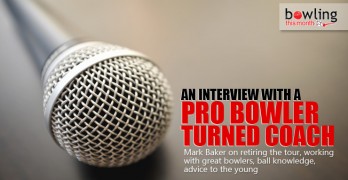 During his ten year career on the PBA National Tour, Mark Baker (“Bakes” as he was known to his friends) won four PBA titles. Since retiring from the Tour in 1991, he has become one of the most sought-after coaches...

Learning how to roll the dice in your favor 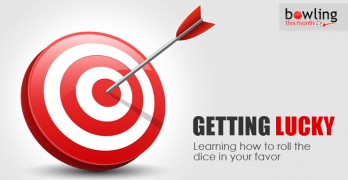 Watching the Bayer Viper Open in Las Vegas (aired on January 22, 2012), Sean Rash put a shot almost right through the nose of the headpin. The result was an almost unmakeable split. No, wait…some of the downed pins rattled...

How to Arrive at More Meaningful Analysis Data 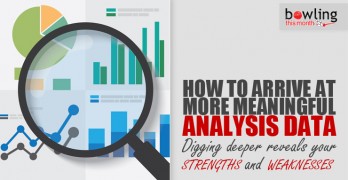 Determining the most useful data to assess player performance has been a particular interest of mine for some time. Nearly a decade ago, I first published an article on evaluating a player’s performance through a thorough review of tournament data....

Does it help or hurt? 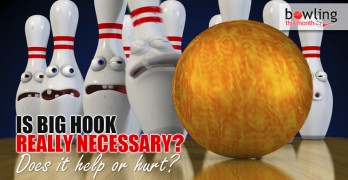 How much hook do bowlers need to be successful? It depends on whom you ask. Throughout the history of the game, bowlers have been taught and conditioned to hook the ball. This is quite understandable. A ball hooking into the...

The 900 Global Black Eagle uses the same core design as the first Eagle, although a different color of the same coverstock. This cover creates the same amount of friction...

Brunswick has taken a new strategy to keep the C(System) line of bowling balls alive in their product catalog. The previous C(System) ulti-max was a high performance ball. With the...

This new Nexxus uses a name change as well as a coverstock change. The core from the Nexus f(P+F) is the engine that powers this new high performance monster.  The...

The Pursuit is one of two new releases in Ebonite’s high performance line. This ball and the Pursuit S are the first products released in this price point since the...

The Pursuit S is a symmetrical core, high performance Ebonite release. This ball shares the chemically treated Hyper Branched MDI Technology coverstock that is used on the Pursuit. The symmetrical...

This new Radical release uses a solid sanded coverstock that surrounds the Bull’s Eye core used in the original Time’s Up. The result is much more performance than has been...

The new Storm Crossroad utilizes the same core as the two previous balls in the Thunder line, the Victory Roads. The performance is similar, but there is more motion compared...

Storm releases the Modern Marvel as the first hybrid covered bowling ball in the Master line since the Secret Agent. That ball was a combination of resin and particle coverstocks...

Storm’s new Vivid is the first release that uses the NRG coverstock with a new core design. The new M.A.D. core weight block pushes the Vivid further down the lane...

The 716T is the newest addition to Track’s upper mid-performance line. This is the newest “T” ball in this line. The 716T combines the brand new Gen XT solid coverstock...