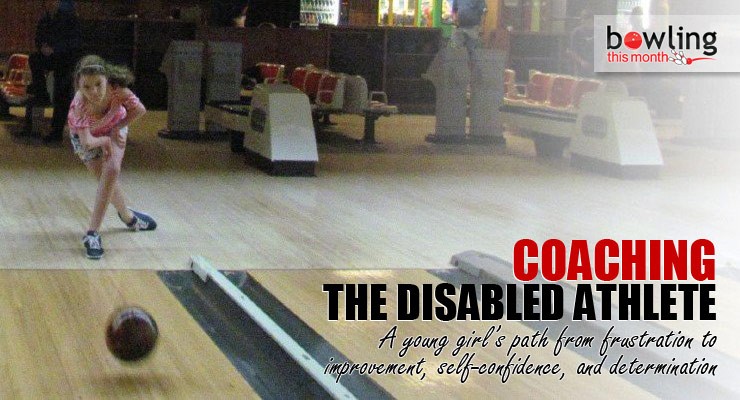 One day, about three years ago, I saw a family of five bowling together in the center where I coach my collegiate team. They were laughing, smiling, and enjoying being together. I immediately reflected on my family. We all bowl in my family. It is one of our “glues” and, fortunately, we are all very competitive for our ages. As I have mentioned before, I was taught the love of bowling and other sports by my grandfather, Henry Thornburg, and he and my great Uncle Judge Newman, both Huntington, WV bowling legends, taught me how to bowl.

This particular family obviously had athletic parents. While they were not well schooled in the techniques of our sport, they were able to deliver the ball in balance with a reasonable degree of accuracy. They had three daughters with them, also obviously athletic. One of the daughters in particular caught my attention.

Her name is Whitney Foster. She was born with a disability call Arthrogryposis Multiplex Congenita. AMC is congenital disorder characterized by joint contractures. In Whitney’s case, her arms are affected. Whitney had a million dollar smile and was so obviously enjoying herself, it was heart warming. Whitney also was not using a ramp. She was using her arms to roll the ball. I knew immediately she had heart.

I saw the family fairly often at the center and always appreciated their smiles and the fun they were clearly having. I was talking to the head coach of DuPont Manual High School here in Louisville, Bob Hillerich. He told me about this girl who was trying out for the bowling team who has a disability and it was “so cool” to see her roll the ball. He starts describing her and I realize it is the same young athlete I have seen ...

Dug Barker is a Silver Coach, Youth Director at Ken-Bowl Lanes, and is based in Louisville, KY. A member of the Positive Coaching Alliance, he is a two-time Top 100 Coach.