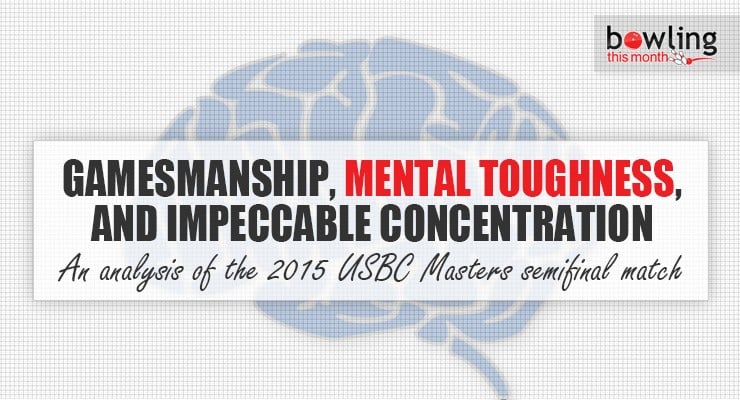 As I was writing my previous article about Facebook use in bowling, the prestigious USBC Masters was being contested in Green Bay, Wisconsin. The tournament’s back-to-back champion, Jason Belmonte (“Belmo” as he is known in Australia), was looking to become the first bowler ever to win this premier tournament in three consecutive years.

I can remember bowling against this two-handed bowler from Orange, New South Wales, about ten years ago. My best result was a 4th place finish at the 2005 Australian Open where I beat Belmonte scratch during the tournament, but with match play pins, Belmonte finished 2nd to a red-hot Michael Little. I never thought I would see Belmonte attack the PBA (considering it was so far away from home), let alone make history on the tour. There are a lot of talented bowlers in Australia and I hope that Belmonte’s success will not only spur the development of youth bowlers in Australia, but also prompt other elite Australian bowlers like George Frilingos, Paul Trotter, David Porto, Paul White, and Brendan Meads to take on the PBA challenge.

The Belmonte vs. Weber match

My focus for this article is the USBC Masters, where Belmonte was seeded second for the television show and positioned well to take the title, only having to win two matches. The five bowlers in the finals were top seeded amateur bowler A.J. Johnson, then Jason, followed by Mike DeVaney, Pete Weber, and Martin Larsen. The match that got social media and 4.5 million viewers talking in the United States (the highest rating on cable television for that day) was the semifinal match between Belmonte and Weber.

To set the scene, Weber had beaten Belmonte the last two times they met in a televised final, Weber had never won a Masters title, and Belmonte was the two-time defending champion. Thus, they both knew this was a massive semifinal match! If you have ...